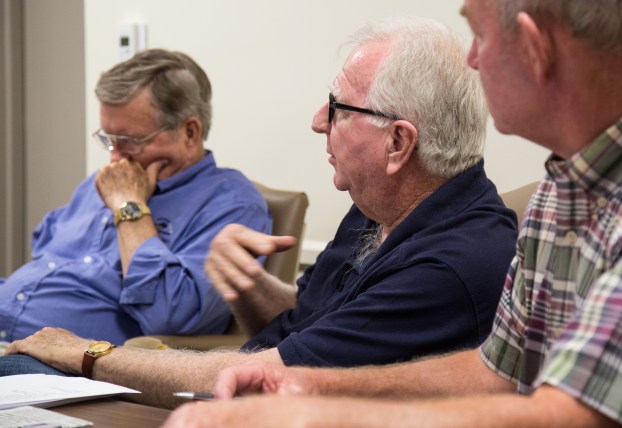 Boyle County Magistrate John Caywood wants county officials to begin talking about a hard subject — the need for new revenue or cuts to services — sooner rather than later.

“Revenue stream and tax collection — we’ve talked about looking at that. I don’t know how you all want to do it, when you want to do it, but we said we would do it after the budget. The budget is done,” Caywood said. “… We’re limited in our revenue streams. I don’t know if there’s any other possibilities out there, but we won’t know unless we’ve talked about it. That day is coming when we’re going to have to face some harsh realities.”

The county’s budget for the current fiscal year has around $1.2 million in new expenses, with the vast majority of those coming in four areas: the jail, EMS, 911 services and health insurance cost increases. But the county has not added any additional revenue to offset those expenses, meaning the general fund balance will have to absorb the loss, according to conversations with Boyle County Treasurer Mary Conley.

Other magistrates agreed the conversation needs to be had. Magistrate Phil Sammons said he is against raising taxes “100 percent.”

“We do have to talk about it because that’s what we’re obligated to do,” said Magistrate Jack Hendricks, who said he was against tax increases like Sammons.

McKinney said county officials need a little time to do some analysis so that information can be presented to magistrates and allow them to make a decision.

“I think we need to sub-analyze this just a little bit,” he said.

Sammons said it’s important to encourage new business to locate in Boyle County to help grow the county’s revenue base.

“There’s a reason, though, that businesses want to come to Danville and Boyle County,” McKinney said. “That’s because we have a carefully regulated community where people want to come, where they want to come and they know they can enjoy the safety of the community.”