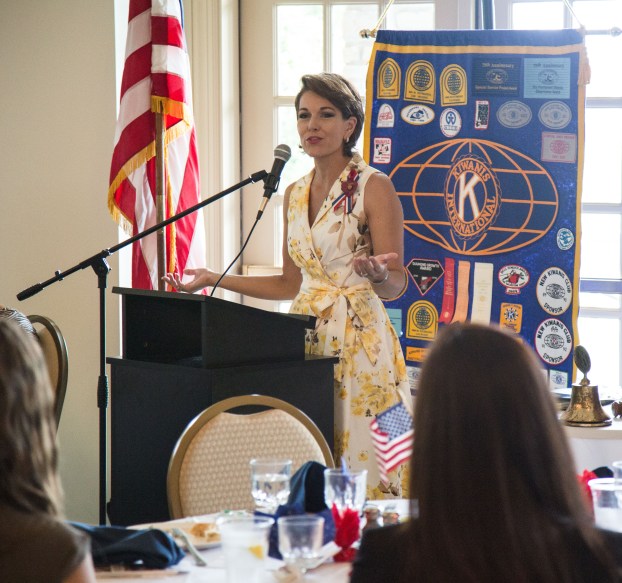 Deputy Commissioner of Veterans Affairs speaks to veterans in Danville 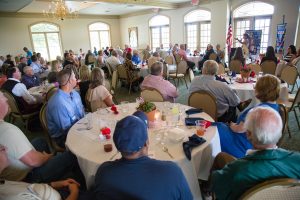 In her speech to the dozens of local veterans who attended the lunch, Henry shared the story of her father, a Vietnam veteran who came home to “a very unwelcoming nation” after the war, and had a 30-year struggle with post-traumatic stress disorder and substance abuse. 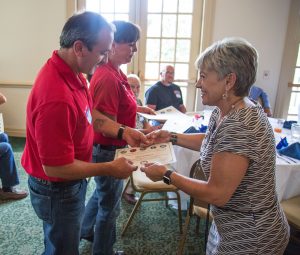 Henry said things have come a long way for the care of veterans’ health issues since the Vietnam war, but there is still more to do. For one thing, many women serve in the military and many more are expected to in the future — the military is expected to be 20 percent women by 2040 — but there aren’t enough services being made available for female veterans, she said.

Henry said she’s working to make sure the mistakes made in caring for Vietnam soldiers are not repeated.

“We can’t wait 50 years to step up to the plate; we have to meet them where we are,” she said. “So we’ve hired our very first women’s veterans coordinator full-time; we have annual conferences now for women veterans.” 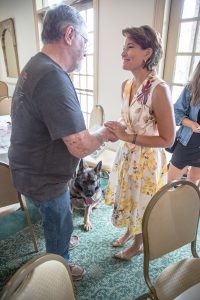 “How one veteran should be treated physically, mentally and emotionally, may not work for the next veteran standing right next to him or her.”

Henry said it’s important for veterans to tell their stories, both because they are “living history,” but also because it helps people understand the sacrifices they have made and why it’s important to take care of and show respect to veterans.

“Getting your story, your history out there teaches future generations about how to honor the sacrifice and service of not only you, but those who served before you and those who will serve after you,” she said. 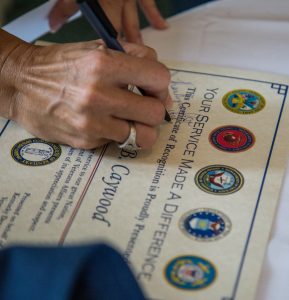 Heather French Henry signs a recognition certificate for a veteran.

Henry said how veterans are treated today will determine how willing people are to serve in the military in the future. She encouraged non-veterans to say thank you and shake the hands of veterans and active-duty military members they see in their daily lives.

“Your handshake to them, your ‘thank you for our service to our country’ — if you think about it, you’re making America stronger by thanking that veteran, because that’s the future of our country.” 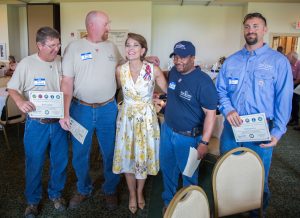 To see more photos from the lunch and order prints, click here. If you are a veteran pictured in a photo and would like a free digital copy, email ben.kleppinger@amnews.com.

No pie for you: Two more downtown businesses close

Two more downtown Danville businesses have announced plans to close — Art of Danville on Aug. 21 and Pies for... read more