Economic development decisions in Boyle County would fall squarely on the shoulders of the Economic Development Partnership under a proposed restructuring of the agency’s board, according to the chair of the Boyle County Industrial Foundation, John Albright.

As things stand now, the private Industrial Foundation has been in the business of making some economic development decisions, as far as talking to potential employers, developing land, helping new businesses move in — those sorts of things, Albright said during an interview at The Advocate-Messenger Friday. 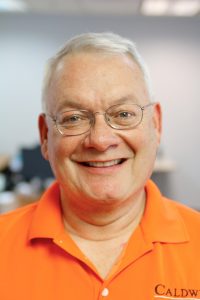 “As opposed to those discussions being held at the Industrial Foundation and then decisions made … now those decisions will be made (by) the new entity,” he said.

A strategic economic development plan for Boyle County released in June calls for a restructuring of the EDP that increases representation from the City of Danville and the Boyle County Fiscal Court on the agency’s board; and refocuses the agency on “core” economic development activities of attracting, retaining and growing business. On June 20, representatives for the city, county and Industrial Foundation met and hashed out specifics for the reorganization they would all be comfortable with, including an even share of representation on the board — three seats for each of the entities.

“(Allowing) this new entity to make more of the economic development decisions is really the step back for us,” he said.

Albright said the Industrial Foundation supports the proposal because it gets everyone more involved in making sure economic development is successful.

“We’re interested in this working, so if it required some adjustments for the number of people from the investors, then I think we’ve obviously shown over the last 50 years that we’re interested in industrial development, so if that’s what it takes and that makes it easier for everybody to feel invested, then that’s ultimately what we’re there for — the betterment of our community,” he said.

Since the June 20 meeting, city and county officials have expressed strong support for the three-three-three agreement.

“We have made a lot of progress, I think, in terms of getting to this point and looking at how we can be more effective as a community and as an EDP board with a reconstituted board,” Danville City Manager Ron Scott said at the most recent Danville City Commission meeting.

City Commissioner J.H. Atkins commended Scott and Danville Mayor Mike Perros for “holding up the city commission’s end of the process and for the results that came thus far.”

Perros said the proposal creates “a new opportunity in this community.”

“Change is never easy. Change is uncomfortable, but in this day and age, you need to embrace change, because it’s going to change with or without you,” Perros said. “I think it’s a wonderful new day and it couldn’t come at a moment too soon. I really think a few years from now, we’re going to look back on this event and say, ‘that was a watershed event.’”

Boyle County Magistrate John Caywood, who participated on behalf of the county in the June 20 meeting, was similarly optimistic at the most recent Boyle County Fiscal Court meeting.

“We worked on the structure of the new organization and I thought it went very well and very easy,” he said. “I think everybody was satisfied at the end of the meeting. It was very productive.”

Albright said Friday he anticipates the Industrial Foundation board will not meet as often if the the new “EDP 2.0” comes into existence. The Industrial Foundation’s role in economic development activity would essentially be to manage the land it owns at the industrial park and participate in discussions when companies are interested in that land.

Albright acknowledged Friday that the three-three-three plan “eliminates some people that could potentially offer … their expertise.”

With three seats to fill on the new EDP board, there may be “holes in knowledge” that the Industrial Foundation couldn’t provide for, which would have to be filled by the other appointees, he said.

The EDP could fill in the gaps by appointing appropriate people to the three at-large seats that would be created under the new structure, he said.

For example, if the new EDP felt it needed input from a doctor, but none of the board members appointed by the EDP member agencies were a doctor, the board could vote in a doctor to serve in one of the three at-large seats, Albright explained.

“It depends on who makes up the new board and where would they see a void in experience or knowledge that they would try to fill,” he said.

Albright said some of the finishing touches to how exactly the next version of the EDP works will be left — rightly so — to the people who make up the new board.

“We’re just trying to get a framework. We realize it’s going to be up to the new entity, EDP 2.0, to finalize their bylaws and make adjustments,” he said. “It’s kind of hard for the outgoing group to anticipate problems, but that’s what we try to do.”

Albright said the proposed changes would make it so economic development efforts are more equally shared by all the member agencies of the EDP, and the Industrial Foundation is embracing what would be a reduced role.

“As the Industrial Foundation, we’ve always been interested in the economic development of our community; we still are,” he said. “We recognize that we need to change and do things a little differently. I think that our board has been really pretty open-minded about it — probably a lot more open-minded than people might give them credit for.”