Claude Russell, 82, of Harrodsburg, passed away Saturday, July 15, 2017 at Charleston Health Care in Danville. He is survived by his wife, Jo Ann. 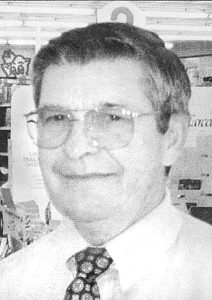 Claude was born on April 14, 1935 in Mercer County, KY to the late Albert and Vergie Taylor Russell. He was in customer service as a grocery clerk for over 62 years and started in 1955. He worked at Kroger as well. Claude was a deacon in the Baptist Church for many years. He was a member of Southland Christian Church in Danville.

Preston Pruitt Spurlin was in charge of arrangements. www.prestonpruitt.com