Police use Tasers on two drivers after traffic stops this weekend

A pair of traffic stops by Danville police led to officers using Tasers on people.

The first incident occurred late Friday, when a Danville man allegedly fought with police while they were trying to arrest him. Officer Adam Wilson pulled over a vehicle that was allegedly speeding along North Hill-n-Dale Drive just before midnight, according to a news release from the Danville Police Department.

“Officer Wilson immediately detected the odor of marijuana coming from the vehicle, which led to further investigation,” the release reads. “Officers located marijuana and pills inside of the vehicle.” 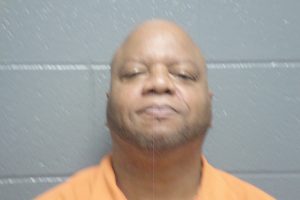 The driver, Edward J. Wilkerson, 50, of Danville, was arrested “based on his performance” on field sobriety tests, according to the release.

Wilkerson was “eventually taken into custody,” according to the release. “No officers were severely injured as a result of Wilkerson’s behavior.”

Wilkerson was charged with third-degree assault of a police officer; second-degree criminal mischief, menacing, resisting arrest, second-degree disorderly conduct, driving under the influence of drugs or alcohol, possession of marijuana, having a prescription not in its original container and careless driving.

Wilkerson is being held in the Boyle County Detention Center.

Danville police also used a Taser on a Liberty man Saturday, after he allegedly fled from a traffic stop and resisted arrest. 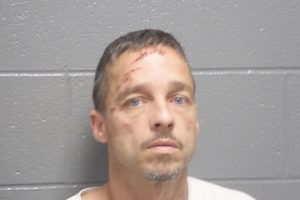 According to a news release from the Danville Police Department, Officer Aaron Sparks pulled over a vehicle on East Main Street at 3:50 p.m. Saturday.

“Upon Officer Sparks’ traffic stop, (Lyons) exited the driver side and fled on foot,” the release reads. “Officers Sparks, (Nathan) Brown and (Steven) Debord pursued Lyons on foot and quickly located him hiding in brush behind a residence.

“Upon locating Lyons, he resisted officers’ attempt to arrest him and was subsequently tased.”

According to the release, Lyons had warrants for theft, burglary, criminal mischief and being a persistent felony offender.

Lyons was being held in the jail Sunday.

A Danville woman was charged with allegedly driving under the influence Saturday after she allegedly drove a vehicle into a... read more