A Danville woman was charged with allegedly driving under the influence Saturday after she allegedly drove a vehicle into a house. 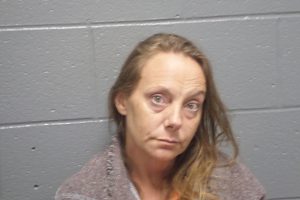 Valerie Bonow, 41, was allegedly the driver of a 1992 Acura Integra that “struck the front of the residence” along Jean Drive, according to a news release from the Danville Police Department.

The collision occurred “during the process of Bonow attempting to leave the residence, causing moderate structural damage,” according to the release.

Danville Fire Department checked the structural integrity of the building; no injuries were reported, according to the release.

Bonow was being held on a $4,000 cash bond at the Boyle County Detention Center Sunday.