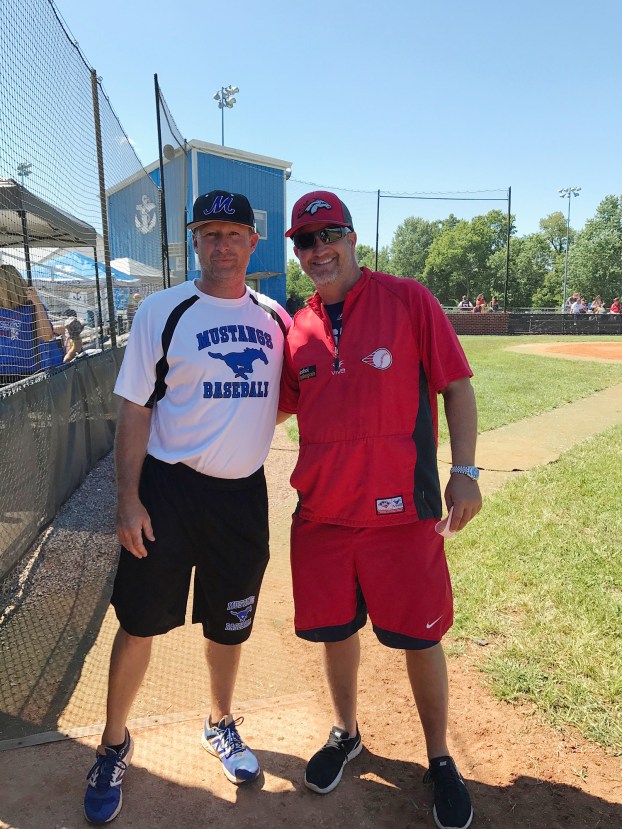 A baseball team from Perth, Australia, visited Danville over the weekend.

Steve Fish brought the U-14 team from across the globe to play in games hosted by Danville High School’s baseball team over the weekend.

How that came to happen is a story itself.

Fish is a former teammate of Danville head coach Paul Morse, who also coaches the Morse Mustangs during the high-school offseason. Fish and Morse each played for the Erie SeaWolves in 2000, then the AA team for the Los Angeles Angels.

He was looking for games to add for his U-14 team, the Perth Heat Colts, in a trip across America. Morse’s name popped up.

“It was funny, I was just scheduling,” Fish said. “We are driving from Los Angeles to New York, so we’re playing in LA, Albuquerque, Las Vegas, Oklahoma City, Memphis, Paducah. We were just trying to find contacts for teams in this area, and I hadn’t talked to Paul in 17 years. I made contact with a guy in Paducah and he said there’s a guy named Paul Morse who is running a tournament in Danville.

“I said, ‘Paul Morse, the knuckleballer?’ I called Paul up right away and got into the tournament and the rest is history.” 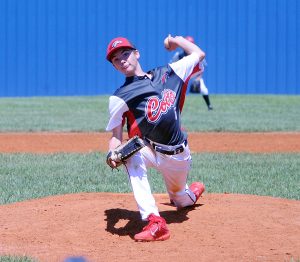 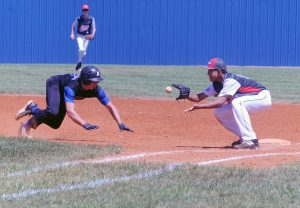 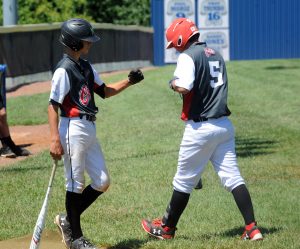 The pair hadn’t really talked since playing on the same team in 2000.

“I get a call from some crazy international number and I answer, start talking with Steve,” Morse said. “They flew into L.A. a couple weeks ago and they’ve played everywhere. They’re going to Baltimore this week, then flying out of New York.

“It’s cool; we can show some people from out of the country the city of Danville and some good baseball.”

Fish has players from all over the southeastern part of the world, something that gave the Mustangs a unique experience.

“It’s pretty awesome to hook up with him, bring the boys through here and see a bit of the country,” Fish said. “We’ve got two (players) from Saudi Arabia; three from Dubai; a couple from Australia; two from Guam; and a couple American kids. They love it.”

Fish said he wants his players to understand the rigors of playing baseball at a high level.

“My goal for them is to teach them what the professional baseball lifestyle is like,” he said. “I want them to understand that it’s not easy. It’s not showing up to the park, having a good time and then you leave.

“If you really want to do this and you want to play college or professional baseball, you have to come out here and go through the grind every day, understand what it’s like to on an eight-hour bus ride and then go out and play that day or the next day. It has been a big adjustment, but they played really well yesterday after driving from Albuquerque to here pretty much. It was a pretty good grind and they came out and won two games.”

harlDozens of marathon swimmers took to the waters around Manhattan Island last weekend for the 20 Bridges Swim — a... read more