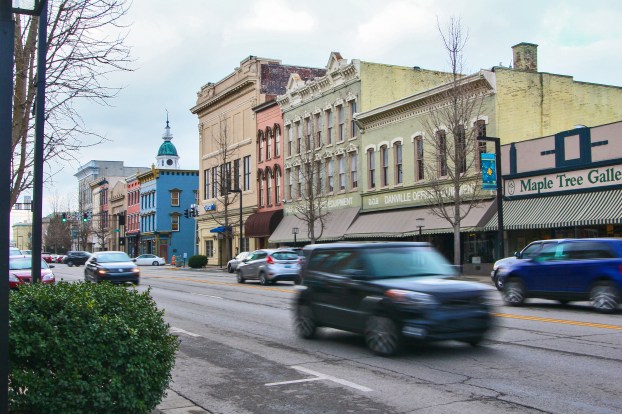 The City of Danville will be one of two pilot cities in Kentucky for a new historic preservation database project being run by the University of Kentucky.

Danville has been awarded a $6,700 matching grant and will contribute $4,466 of its own funds to develop a database of all the historically significant properties in the city. The database will be accessible through a mobile application that anyone could use.

“This is more than just an app for a mobile tablet,” said Julie Wagner, the Architectural Heritage Board member who wrote the application that landed the city the grant. “It is a website with the ability for citizens and developers and preservationists to really ‘hack’ into these properties and learn about them — what the age is, what the style is, what the history of the building is.”

According to a project narrative, the University of Kentucky Museum of Anthropology will work with Danville to develop a “comprehensive inventory” of the cities cultural resources.

“Although previous survey work has identified over 500 historic buildings in Danville, inventory information about these resources is not as easily accessible as it might be to local government staff and representatives, and preservation organizations such as the Heart of Danville and Boyle Landmark Trust,” according to the narrative. “Furthermore, this information is oftentimes completely overlooked when considering economic development efforts.”

The narrative states that Danville’s historic properties will be added to an “online data portal” from the Kentucky Heritage Council, the state preservationist agency that awarded Danville the $6,700 grant.

“The Danville Historic Data Portal will be made available to local government officials and local historic preservation stakeholders such as the Heart of Danville and the Boyle Landmark Trust,” the narrative states. “Access to these data will allow historic resources to be considered in whatever capacity required by local government. Data that is already publicly available (e.g. National Register Districts and Properties) may also be made available more broadly to the general public.”

Wagner said Danville and Covington are the two pilot cities for the project. Originally, Danville had applied for a $6,000 grant to build the database, but under that proposal, the city could have owed $1,000 to $2,500 annually in membership fees, she said.

“This is going to be free to Danville forever because we were one of the pilot programs,” she said.

The Kentucky Heritage Council also increased the amount of Danville’s grant from $6,000 to $6,700 because of the pilot-program status, Wagner noted.

The project must be complete in time for the city to submit a final reimbursement request no later than Aug. 1, 2018, according to the city’s contract with the Kentucky Heritage Council.

Danville also received a $4,800 grant to help it develop a nomination to the National Register of Historic Places for the “Old Wilderness Road Historic District.”

The area along Old Wilderness Road has historical significance as an African-American neighborhood, Wagner said.

The resolution from Danville City Commission accepting the grant states that about 20 properties sit inside what would be the historic district.

Wagner noted being on the National Register will not mean any new requirements on the property owners.

“When you’re on the National Register, it doesn’t really do anything, put any protections on your building. It does open up tax credits, which is a huge financial incentive to fix your property up. It could be up to 50 percent, 60 percent of the renovation costs, which is a pretty big deal,” she said. “It does not save the building from being torn down, it does not save the building from being modified. But if the state or federal government were to come in and say, ‘we want to straighten that road and so we’re going to have to move these properties or tear them down, they would have to pay mitigation funds to the City of Danville for the loss. So you would get an incentive if they had to do something with that road.”

Wagner noted Danville qualified for and received both grants from the Kentucky Heritage Council because of its status as a “certified local government.”

CLG status means the city has in the past demonstrated best practices for preservation of its historic properties.

Kendra Peek/kendra.peek@amnews.comVaughn Little opens the foil on food he prepared for the 2017 Back to School Block Party. More than... read more