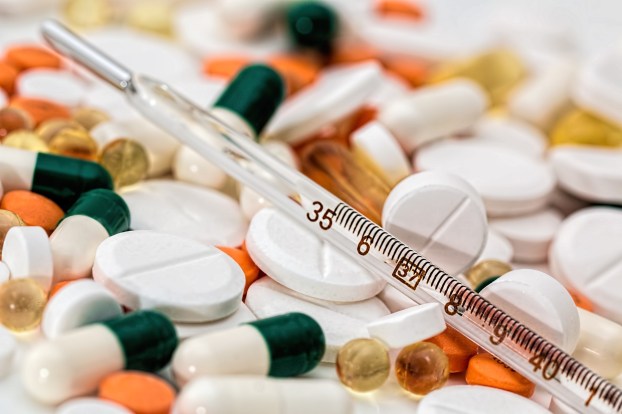 Boyle County Fiscal Court appears to be joining a multi-county effort in Kentucky to bring a lawsuit against opioid distributors for allegedly enabling or worsening the current drug abuse epidemic.

Judge-Executive Harold McKinney is tight-lipped about the situation, but news and documents obtained from other participating counties may provide some light.

During the most recent fiscal court meeting, county magistrates and McKinney spent about an hour in an executive session to discuss “pending litigation.” They met behind closed doors with an attorney, Boyle County Treasurer Mary Conley and Boyle County Attorney Lynne Dean.

When the court emerged from executive session, Magistrate Phil Sammons made a motion to approve a resolution retaining law firms “to represent the court in potential litigation against contributors of the opioid addiction crisis.” Magistrate John Caywood seconded the motion and it passed unanimously without further discussion.

McKinney declined to comment on the nature of the litigation and referred all questions to Gillard B. Johnson III with Bowling & Johnson PLLC, a Nicholasville law firm.

Johnson was on vacation Thursday, but gave The Advocate-Messenger a few minutes of his time.

“We are talking obviously to Boyle County and other counties who have expressed interest in pursuing litigation against distributors of opioids,” Johnson said, noting that no lawsuit has been filed yet. “… Violation of the controlled substance act would be the primary allegation.”

Johnson said similar lawsuits have happened in other states, including West Virginia. He declined to say how many counties are currently participating in the Kentucky effort, nor specifically whom the lawsuit would be filed against. The defendants would be companies that take opioids from producers and distribute them, he acknowledged.

Johnson said it’s unknown how much in damages the lawsuit would seek.

The Advocate-Messenger obtained an informational packet of five documents relevant to Lincoln County’s resolution, which include a template resolution that matches what Boyle County passed on July 25.

A 72-page primer document in that packet titled “Kentucky County Opioid Litigation” lays out the plan behind the lawsuit.

“Kentucky is in the midst of a public health crisis stemming from the flood of opioids pouring into the commonwealth and her counties. The opioid epidemic has been fueled by the greed of the corporate elite, such as Fortune 500 behemoth McKesson Corp. failing to detect and report ‘suspicious’ orders of opioids, despite being required to do so by federal and state law,” the document begins.

The document alleges that wholesale distributors of opioids in the U.S. worked with the government to set up regulations requiring them to monitor for suspicious orders of opioids from pharmacies and other dispensaries, but have since shirked their duties under those regulations. That has allowed opioid medications to flow more freely than they should into counties battling opioid addiction, according to the document.

“The role of the distributors in this chain is to spot and report red flags in the distribution chain,” the document reads. “… Instead of instituting controls to stop opioid abuse and alerting authorities to suspicious orders, the distributors instead have chosen to abuse their privileged position, lining their pockets by shipping massive quantities of drugs to pharmacies and dispensaries without performing any checks. The counties of Kentucky are left to pay the freight for this malfeasance through increased health-care and law-enforcement costs — and through the lives of Kentucky citizens.”

According to the document, there are 800 registered wholesale distributors in the U.S., with three companies controlling 85 percent of the market: Cardinal Health, AmerisourceBergen and McKesson Corporation.

The document lists those three companies underneath a subhead titled “distributor defendants.”

“2016 revenues for each were approximately $147 billion (McKesson), $97 billion (Cardinal Health) and $133 billion (AmerisourceBergen),” the document reads. “The Big Three have been subject to heavy fines and/or investigation for their failure to monitor for and report suspicious orders. In January 2017, McKesson entered into an agreement with the DEA in which they agreed to pay $150 million in settlement payments for failing to maintain effective controls against diversion of controlled substances. … In May of 2012, Cardinal Health entered into an agreement with the DEA where they resolved allegations that they failed to maintain effective controls against the diversion of controlled substances by failing to detect and report suspicious orders relating to their distribution center in Lakeland, Florida, and in December of 2016, Cardinal Health agreed to pay a civil penalty of $34 million relating to this conduct. AmerisourceBergen has not yet paid any civil penalties to the DEA, but it has been subjected to similar allegations.”

A federal database of opioid sales known as ARCOS may provide the evidence necessary to prove distributors were overlooking suspicious opioid sales, according to the document.

“The counties of Kentucky have the ability through local law enforcement and cooperation with the DEA to seek and obtain historical ARCOS data,” the document reads. “Because this information contains a record of every order filled by each pharmaceutical distributor, a review of those orders would allow for a determination of how many suspicious orders were not flagged by the distributors.”

Data from ARCOS was first made public by a reporter with the Charleston Gazette, Eric Eyre, who showed that 780 million prescription opiates were distributed in West Virginia, which has a population of 1.8 million people, over a six-year time frame, according to the document.

“The crack in the armor of the ARCOS database that began in West Virginia has revealed just how expansive the scope of the opiate epidemic is, as well as its origin,” the document’s summary concludes. “No one could have imagined how pervasive prescription opioids have become in our communities. We have devised a team of lawyers equipped to cut off the opioid supply at the source — the wholesale distributors — and to stop the infiltration of these drugs to your communities, and to help make a difference in Kentucky.”

Day told The Interior Journal that Lincoln County will not bear any cost for joining the litigation — the law firms heading the effort plan to only take a percentage of whatever is awarded.

Damages awarded as a result of a settlement could be used to fund things such as prevention programs at local schools, Day told the IJ. 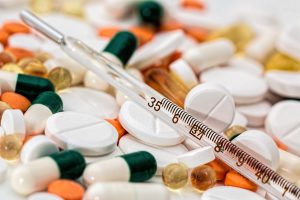 Imagine the day starts with threats of storms, which quickly give way to a severe thunderstorm warning, before turning into... read more