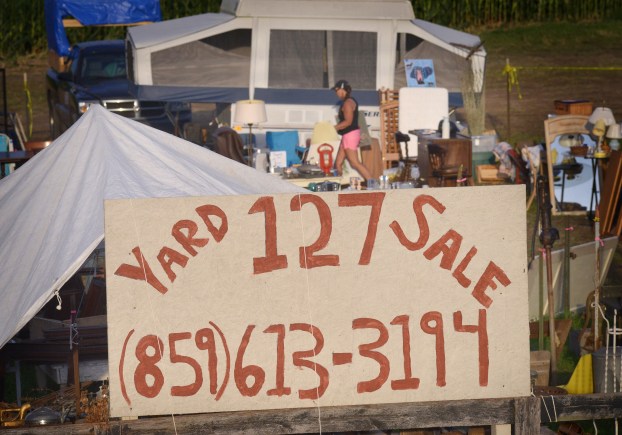 This weekend, U.S. 127 was flooded with deal-makers, collectors and bargain hunters, as thousands participated in the annual yard sale that stretches 690 miles and six states along the national highway. 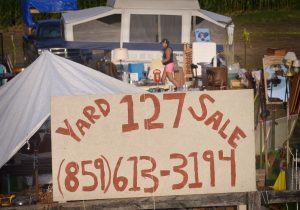 Signs were up all weekend along U.S. 127 trying to convince yard-sale-goers to stop and have a look. This large sign was mounted on a fence at a roadside pull off in Mercer County Saturday. 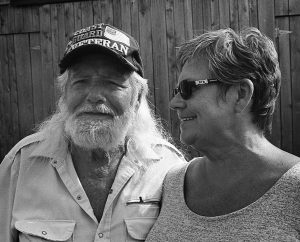 Bobby and Debbie Sego came from Louisville on Saturday to one of the larger vendor setups in Mercer County. The Sego’s did not have a booth this year, but have had one there in year’s past. They said they had been dealers of antiques and furniture for forty years before retiring this year. “I’ve been doing flea markets since flea markets were invented,” said Bob. 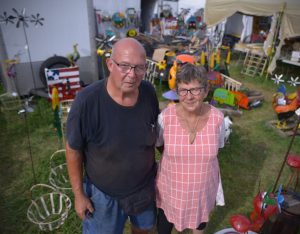 Bill and Betty Carney of Pendleton said on Saturday that business had been good for them during the weekend. This is their fifth year having a booth at one of the major spots outside of Harrodsburg, they said. Bill said he makes many of the wooden items that he sells and his son-in-law makes many of the metal yard art items. 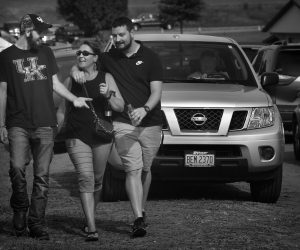 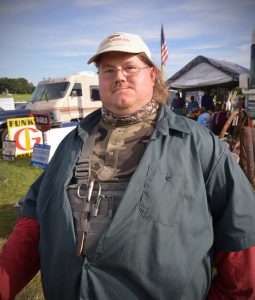 John Jufer of Ottenheim said the most interesting thing he found was a chest pack and a pair of old scissors. Jufer said he had been to five of the larger yard sale setups Saturday and was leaving his last one for the day in Mercer County. 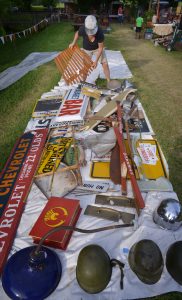 Polly Brown of Woodland, Michigan, arranges merchandise at her booth in Salvisa Saturday evening. Brown said this is her first year participating in the 127 yard sale event and is mostly a hobby for her. 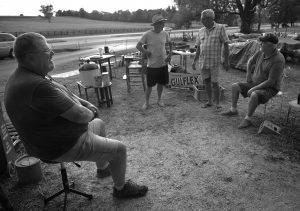 Mike St. John, left, sits and listens as his friends, Stephen Robinson, Doug Hornberger and Russell Wright talk about old stories from their years of meeting together at the 127 Yard Sale in Salvisa, Saturday. Robinson, who is from Salvisa, said the four of them have been setting up together since 2008 at Robinson’s property in Salvisa. Hornberger, Wright and St. John are all from Indiana. 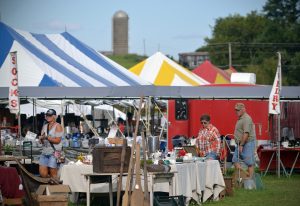 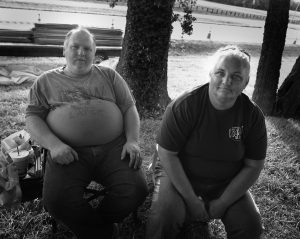 Truman Trent and Paula Spurgeon of Shephardsville said they had a good sales day Saturday at a booth in Salvisa. This is their eighth year at the location and said they have made friends with many of the vendors who come back every year to set up booths along side of them. 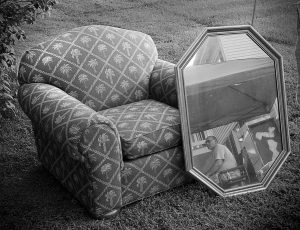 A mirror and chair for sale at a yard sale in Salvisa. 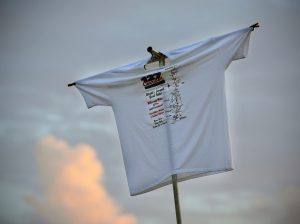 A T-shirt commemorating this year’s 127 yard sale hangs on display over a vendor’s booth in Mercer County. 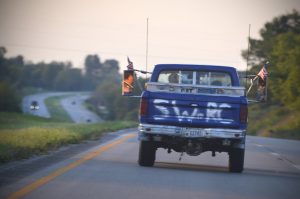 A truck heads down U.S. 127 Saturday to later pull off at a yard sale in Mercer County.

HARRODSBURG — What does the future of incarceration look like in Boyle and Mercer counties? No one knows right now,... read more