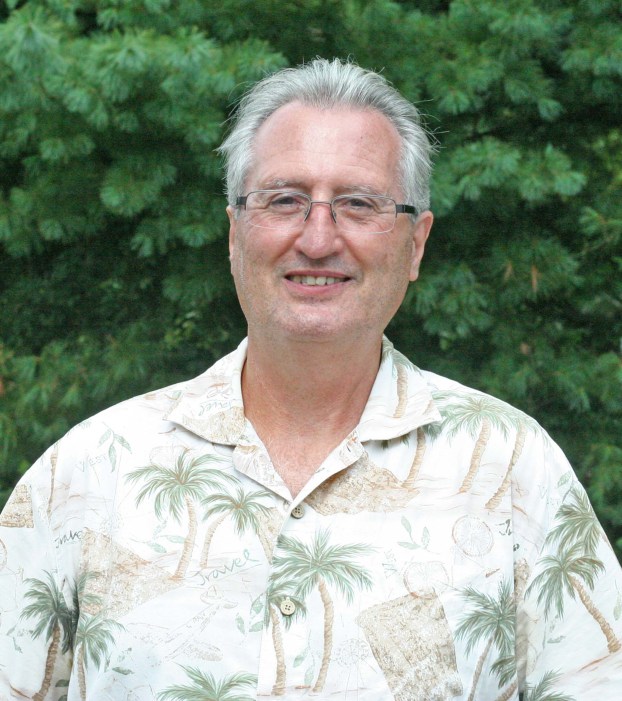 Kendra Peek/kendra.peek@amnews.com Brian Borguno, Red Cross and Local Emergency Planning Committee volunteer, has organized a listing of all the shelters in Boyle County, bringing them up to Red Cross certifications, and is working on shelter lists in neighboring counties.

Boyle County now knows more about what shelters it has available in times of emergency, thanks to a Danville man who said he has made it his mission to focus on the greater good.

Brian Borguno recently completed an update to Boyle County’s list of 20 emergency shelters, most of which are in Danville, with two in Perryville and two in Junction City.

The challenge with bringing the lists up to date came with locating the correct contact person for each of the shelters, which include churches and schools.

“Even with the schools, they change personnel periodically, but not as much as the churches. The churches have been a challenge, because they change pastors, they change responsibilities. We have to try to update those about every five years, or so. It’s been a while since it’s been updated.”

With the full list finally updated, Borguno said, it’s now known that there is capacity for about 3,000 people in Boyle County’s shelters. It is highly unlikely that the county will ever have to use all of that capacity, he said.

Most people in Danville are within walking distance of at least one shelter, he said.

“I would encourage people to know where their nearest shelter is,” Borguno said.

The next task, he said, becomes how to notify people that the shelters are open and where they are located.

Borguno, who has become a Red Cross representative and sits on the board of the Local Emergency Planning Committee as a volunteer, said when the time comes, the announcements of open shelters will be posted on the Facebook page of Boyle County Emergency Management. He said those who need to know will need to contact Boyle County Emergency Management Director Mike Wilder at (859) 238-1109 or Borguno at (859) 685-5095.

There are also resources locally, including cots and supplies to shelter 50 residents comfortably, Borguno said. The Red Cross can provide more of those supplies if necessary.

“If we have to open the shelters, we can do it without the Red Cross. Even though I am a Red Cross representative, I am a resident of this community; I know where the shelters are and I can make contact with whoever we need to,” he said. “In most cases, they will come in if we need them. If it’s going to be a longer term, more than a day, we will call the Red Cross and say, ‘We need your support.’

“They will provide volunteers to look after the residents, to make runs for food, to cook.”

Borguno retired from American Greetings earlier this year. “I’m in a semi-retirement mode,” he said, smiling.

It’s not the first time Borguno has participated in surveys focused on the safety of Americans.

Borguno spent eight and half years in the Coast Guard, and was eventually assigned to the Marine Safety Office in Cleveland, which focused on environmental and safety aspects. He spent four years there.

“We even did radiological surveys of ships that were coming in from what was then Communist block countries. We had to go on there with radiation detectors looking for nuclear weapons or nuclear bombs,” Borguno said. “We never ran into a problem, ever.”

They did environmental response, too, in the Great Lakes region.

“That’s how I really got into it. I’ve always looked at it from the perspective of ‘for the greater good,’ which is why I’m doing what I’m doing now,” Borguno said.

“I remember sitting in a meeting a couple of years ago, probably two years ago, and the territory manager from Red Cross was there,” Borguno said. That’s when he learned there was no one in Boyle County acting to represent the agency for local residents.

“When I heard that there was no representation here, I got involved,” he said.

Borguno is still on the lookout for more shelters throughout the county, specifically in the more rural areas of Boyle County.

“We can never have too much capacity,” he said. “We try to keep people in their neighborhoods.”

He also wants to work with neighboring counties to bring their lists up-to-date. Most recently, he evaluated five shelters in Garrard County. Borguno is also trying to get the funds to purchase a portable generator for use at a shelter, and has plans to develop a master map of all the shelters in Boyle County.

Series being offered for pastors: Goal to equip spiritual leaders to help those dealing with addiction

A new Lunch and Learn series is being started to help equip pastors and church leaders as they minister to... read more