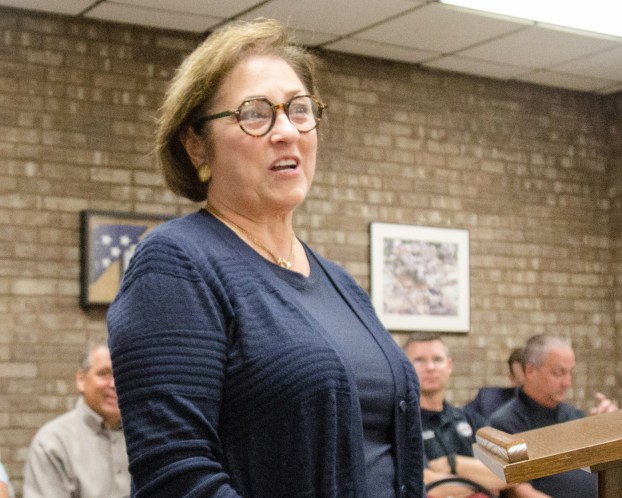 The Great American Brass Band Festival has picked a familiar face to serve as interim director while the search for a permanent director continues.

Kay Berggren, a former director of the Danville-Boyle County Convention and Visitors Bureau and a recently retired tourism professional, will helm the festival as it continues preparations for next year’s event, festival board president Michael Strysick said.

It won’t be Berggren’s first rodeo — she is an “early member of the original GABBF board” and ran the festival for two years in the 2000s, after George Foreman left the director position, according to Strysick.

“We needed an acting director and Kay Berggren stepped in,” Strysick said. “… Kay ran the CVB very successfully for many years. She has been a staple in this community for three decades and she just retired from a very successful career up in Frankfort, working in tourism. So she is at the wheel right now steering the ship as we are advertising for the position — and already we have about 10 applications in with just a very short posting. So we hope to have that position filled by Oct. 1.”

“I’m very happy to be able to help during this interim,” Berggren said. “… I’m not interested in this job permanently, but I can come in for a short while. … It’s very dear to me ad that’s why I agreed to come back out of retirement.”

Berggren said she remembers fighting to keep the festival going in 2003, when she took over for Foreman. It was proving difficult to book bands to attend the festival.

“They were all saying, ‘Well we don’t think you can do this; we are afraid that the festival just is not going to go on anymore.’ Some of them would not come but once I got the ones that did, I asked them all to meet the board 7 a.m. at Centre College, all the managers and directors of all the bands,” she said. “And we stood up in front of them and we said, ‘This is the face of the Great American Brass Band Festival … these faces will change, but I want you to understand something: This festival is very dear to the people of Boyle County and it will never falter and it will never go away.’”

Berggren declined overtures Tuesday from Strysick and members of the Boyle County Fiscal Court suggesting she could stay on as the official executive director.

“We need someone much younger than myself and with fresh ideas,” she said. “So we’re excited that we’re going to have someone really great coming in.”

Berggren will be bridging the gap between the new director and Niki Kinkade, who was named executive director of the Community Arts Center in Danville in July.

“It’s really a perfect fit for Niki, who has a background in the arts,” Strysick said. “I think it’s a real win for the community. Niki has great skills, great leadership and great connections, so she’s helping out another real positive outlet for our community.”

Strysick said the festival ended its most recent year “in the black,” meaning plans can move forward for next year with confidence.

“The wind in our sails is very strong,” he said.

In addition to working in tourism in Frankfort, most recently as president and CEO of the Kentucky Travel Industry Association, Berggren also serves on the Tourism Development Finance Authority, according to Strysick.

“The news (of Berggren becoming interim director) was enthusiastically endorsed by fellow board members when shared at a special-called meeting (July 27),” Strysick wrote in a statement. “The meeting also involved expressions of gratitude to Niki Kinkade for her eight years of leadership that helped elevate the festival and bring it to new heights, as well as gratitude to Leigh Jefferson, who served beside Niki since 2014 as associate director. We wish Niki well in her new role at the Community Arts Center, and to Leigh, who holds a law degree, as she pursues opportunities in the legal field.”

New P&Z director: ‘I’ve never seen nothing like this’

There’s a new Planning and Zoning director in town for Boyle County, and his first public comments suggest things will... read more