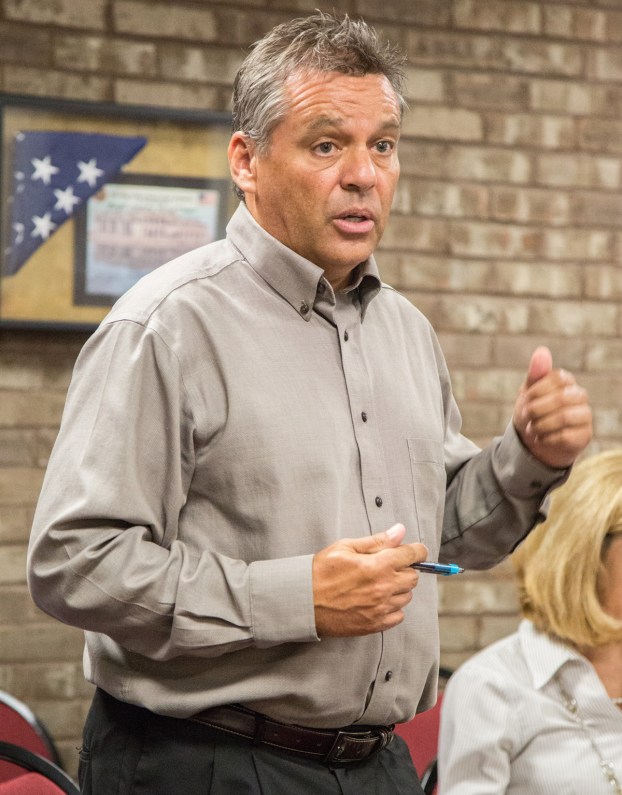 Ben Kleppinger/ben.kleppinger@amnews.com Steve Hunter, the new director of Danville-Boyle County Planning and Zoning, says he wants to make changes to the agencies processes, fees and more.

New P&Z director: ‘I’ve never seen nothing like this’

There’s a new Planning and Zoning director in town for Boyle County, and his first public comments suggest things will not be business as usual.

Steve Hunter told the Boyle County Fiscal Court Tuesday that after about a week on the job, he’s “at a loss” to explain some of the ways Danville-Boyle County Planning and Zoning currently operates.

“I’ve never seen nothing like this,” said Hunter, who previously worked as director of the City-County Planning Commission of Warren County in Bowling Green. “… There are processes here — not that we just don’t do in Warren County, that I’m not aware of anywhere in the state — that we do. I’ve never seen fees like I’ve seen.”

Hunter said he thinks there is unnecessary “duplication” of some paperwork.

“I’m interested in streamlining some stuff. I’m interested in looking at the fees. I’ve got to be mindful of those — I mean, that’s how we kind of feed ourselves to some degree. But at the end of the day, some of those fees are not consumer-friendly, are not customer-friendly,” he said. “They need to be revised. I’m going to meet with our budget committee possibly this week or next week and suggest some things right off the bat.”

Hunter said a development plan being held up for a tract of land along the Danville bypass in front of Walmart is one example of a problem unique to Danville-Boyle County.

The owner of that property, the former location of King Buffet, has plans to build a sit-down restaurant and an oil-change business. But it’s currently awaiting approval from the Board of Adjustments because the buildings would encroach on setbacks from gas pipelines created by local ordinance.

“I’ve never seen a setback standard like that in the whole state of Kentucky,” Hunter said.

“There’s things in our zoning ordinance and our sub-regs and processes we do that are just different,” Hunter told Boyle County magistrates. “I’d like to figure those out and then bring them to you guys — if they require an ordinance change, I want to do it; if they require a process change, we’re going to do it.

“I appreciate the staff I have but at the end of the day, I think I’ve got to drill down on some things and make some changes, hopefully. I hope you guys support some of those (changes).”

The next regular meeting of the Danville-Boyle County Planning and Zoning Commission will be 9 a.m. on Wednesday, Aug. 16.

The Danville Christian Academy will have a new face at the helm when students start back on Aug. 16. James... read more