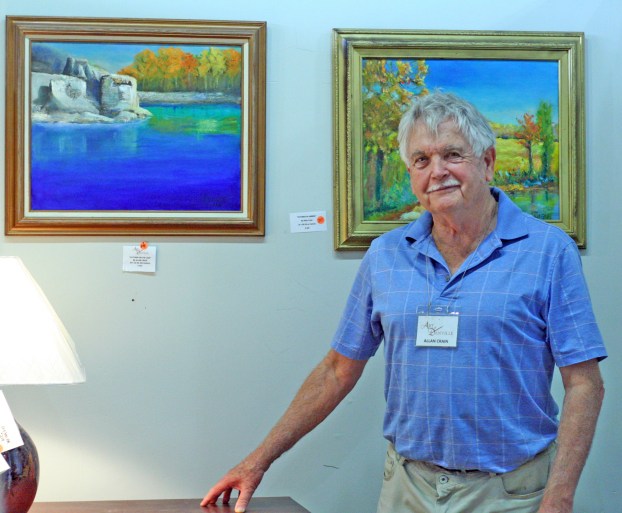 Kendra Peek/kendra.peek@amnews.com Allan Craine, 77 of Danville, owner of Art of Danville, is recovering after a serious crash involving a tractor-trailer.

A Danville man is glad to be alive after a wreck at 12:11 a.m. on July 28 pinned his car under the back of a tractor-trailer on the Parksville Crosspike.

“I’m so fortunate to be alive,” said Allan Crain via phone on Wednesday, from his room at Cardinal Hill Rehabilitation Hospital.

According to officials on the day of the crash, a tractor-trailer was heading west on Perryville Road when the driver realized he was going the wrong way. He attempted to turn around by backing onto the Parksville Crosspike, when the wreck occurred.

Crain had to be extricated from the vehicle by the Boyle County Fire Department. He said he was grateful for the department and all the medical personnel that took care of him.

Following the crash, Crain was flown to the University of Kentucky Chandler Medical Center where he was first listed in serious condition. He was released the next week. All together, he sustained nine fractured ribs and a couple of fractured vertebrae, but survived, he said.

Crain said he’s not sure how long he will be at Cardinal Hill or when he will be fully rehabilitated.

“It’s going to take a long time,” Crain said. “It was a painful event … I can’t wait to be active and start painting again.”

A lifelong painter, Crain has had a gallery in Danville which he had plans to close later this month, and teaches lessons out of his home in the Old Bridge neighborhood.

He said he is glad he lives in Danville, and has so many family and friends in the community, especially his church — Centenary United Methodist Church.

“I’m not going anywhere,” he said.

He’s also thankful for Betty Davenport, whom he calls “Miss Betty.” The two have been together for seven years and she’s been by his side as he started his recovery process, he said.

Crain said he feels lucky when he looks at the photos of the crash.

Allan Crain said anyone can send him correspondence to 220 Bluffwood Drive Danville, KY 40422.

Two Danville men have been arrested after police say they found drugs, a scale and cash in their hotel room.... read more