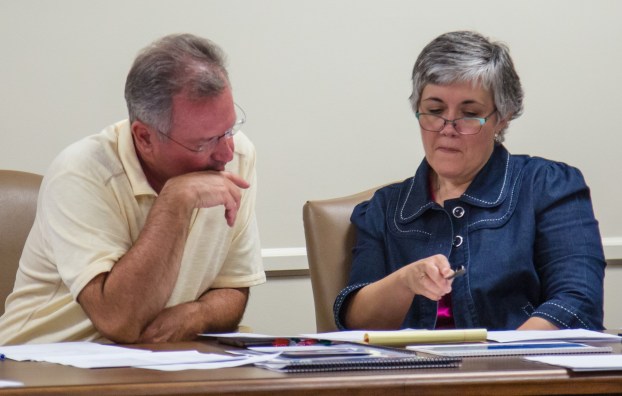 The Boyle Mercer Joint Jail Committee did not select a consultant for its jail study Friday, but the members were in agreement that the choice lies between two of the three companies who gave presentations in early August.
Mercer County Judge-Executive Milward Dedman, Mercer County Attorney Ted Dean and Boyle County Attorney Lynne Dean — all voting members of the committee — said they felt the company CGL was too focused on the construction of a new jail facility when it presented to the committee Aug. 4.
“CGL — they just focused on building,” Dedman said.
Ted Dean said he agrees with sentiments from others that the committee is not yet ready to look at construction or expansion; it still needs to determine what the needs are and what other options are available.
“I liked CGL’s enthusiasm, but … I did think they were more focused on building the facility itself, whereas the other two really did talk more about, ‘let’s look at kind of other options and see what we need to do and where we need to be,’” Lynne Dean said.
The other two companies that presented their plans for extensive jail studies are Brandstetter Carroll and  HDR Inc.
All members of the Joint Jail Committee said they felt all three companies who presented are well-qualified and would be good to work with. 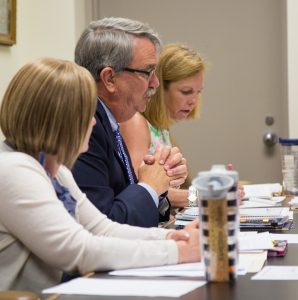 “If we came in here and just drew names out of a hat, I think any of the three of them could do a very credible job,” Boyle County Judge-Executive Harold McKinney said. “… I think we’re going to be drawing very narrow distinctions here when we make this decision.”
Between Brandstetter Carroll and HDR, committee members were hard-pressed to choose a clear winner, though Dedman and Ted Dean both said they were leaning toward HDR.
“Just kind of cutting to the chase, I liked HDR,” Dedman said. “They were looking at different things other than just building more — other ways of getting our population under control and things that I think we’re … talking about and I think that’s what we’re wanting to do.”
“I thought that HDR was more responsive,” Ted Dean said.
Lynne Dean said HDR had a strong focus on mental health components of their proposal.
“I would have to say especially HDR had a major focus I think on making assessments about mental health and substance abuse,” she said. “Mental health as a part of substance abuse and separate from substance abuse, as well as that forensic psychology where it may not be mental health or substance abuse at all; it may be somebody who needs your traditional confinement.
“Brandstetter Carroll also had, I think, good insight in terms of treatment.”
“So you would say HDR, then Brandstetter Carroll? Is that what you’re telling me, in that order, or not?” McKinney asked Lynne Dean.
“I don’t know. It’s very close,” Lynne Dean responded.
Boyle County Jailer Barry Harmon noted that a representative from HDR “was with” a group from the National Institute of Corrections (NIC) that came to Boyle County for a few days to study the jail situation.
“He had a lot of insight into that for his company, so that maybe made them more targeted in telling what we wanted to hear,” Harmon said. “Is that fair? I question that. Is that fair?”
Lynne Dean said she appreciates that Monica Sumner with Brandstetter Carroll is a local resident.
“I like the fact that she actually resides in Boyle County,” she said. “… She has some stake in what happens here; she has children in this community. I like that. I know everybody else is close, but she actually lives here.”
“Nobody said that they were for CGL — is that correct? So clearly this group wants to confine the discussion to HDR and/or Brandstetter Carroll,” McKinney said, with no one speaking in opposition.
Ted Dean repeatedly questioned if the committee could hold off on a final decision until it receives the results of NIC’s study, which McKinney said will provide big-picture data that isn’t the same as hiring a consultant, but can help provide the data that a consultant might need. Ted Dean said he wonders if after receiving NIC’s data, the counties might not need all of services offered by one of the three companies.
The committee ultimately agreed to wait until its next meeting, scheduled for Sept. 8, to make a final decision. McKinney said there is no guarantee the NIC data will be in the committee’s hands by then. Dedman’s motion to table until the next meeting included a clause that “a decision will be made at the next meeting one way or another,” regardless of whether the NIC data has been released.
The Boyle County Detention Center has been dealing with issues of overcrowding for around three years, Ted Dean said.
The jail is currently regularly over 150 percent of its stated 220-inmate capacity, and has topped out at more than 400 inmates multiple times this year.
The rising jail population has led to inflated costs and prompted the Joint Jail Committee to put out a “request for qualifications,” seeking companies who would conduct studies showing the committee what the best options would be for handling the inmate populations.
According to Boyle County Treasurer Mary Conley, CGL proposed an eight- to nine-week study at a cost of $70,000; and HDR proposed an approximately four-month study at a cost of $75,000. Brandstetter Carroll did not initially submit a price proposal with their presentation, but has subsequently provided one, distributed at Friday’s meeting, that states its approximately four-month study would cost $78,500.
All proposals included numerous public meetings that would seek input and buy-in from community members on whatever course of action is chosen.
You Might Like

Tax rates will stay the same for another year in Junction City, after the city council had first reading on... read more