In the wake of now-fatal clashes in the streets of Charlottesville, Virginia, as white nationalists protest and other groups hold counter-protests, about 75 people from the Danville community gathered at the labyrinth by the Danville Presbyterian Church for a prayer vigil Sunday night.

The group held multiple prayers  starting at 8 p.m., asking for peace and safety for those in Charlottesville, including police officers; and expressing a desire for unity, an end to hate and racism.

Candles were lit and many participants walked the labyrinth’s winding path to the center, where they sang a hymn. 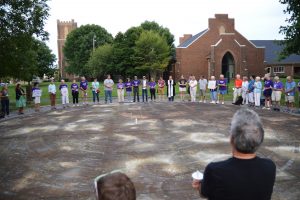 Attendees encircle the labyrinth, with a single lit candle in the center. 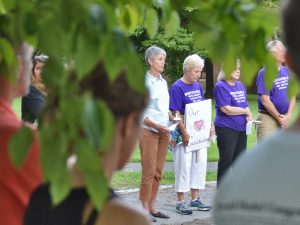 Attendees listen to a prayer as they hold candles and signs. 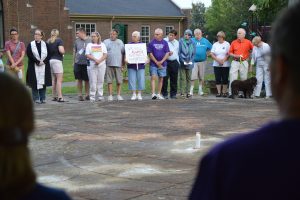 The vigil was held next the Presbyterian Church in Danville, on the edge of the Centre College campus. 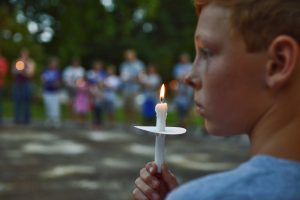 10-year-old Abel Goodwin listens as he holds a lit candle. 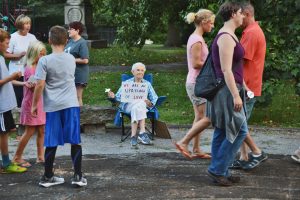 Eileen McHuth holds a sign reading “we are an uprising of love” as others walk the labyrinth’s path. 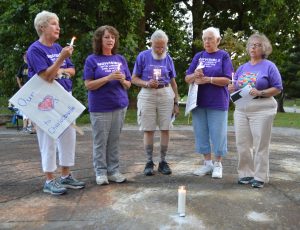 Participants sing around the central candle.

Danville students will officially return to school on Wednesday, but three high-schoolers returned a few days early on Friday, to... read more