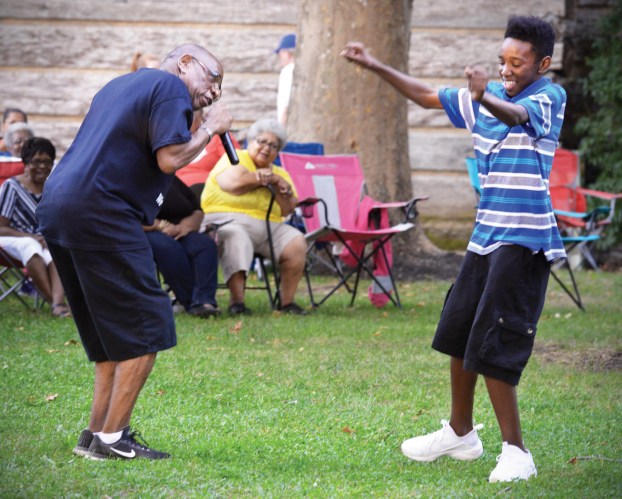 Photos by James Morris/photos@jmorrispics.com
Michael Hughes of the group the Soul Review Band sings in front of the main stage as Brayson Carpenter, of Lexington, dances Saturday evening.

The third annual Soul of Second Street Festival brought out a crowd Saturday evening at Constitution Square Park in Danville. The weekend festival featured music and memories that celebrated local African-American heritage and the history of Danville’s Second Street.

The festival kicked off Friday with a history conference during the day at the Boyle County Public Library, featuring several speakers talking on multiple topics, such as Second Street social change, the 369th Harlem Hellfighters and Sleetown. Friday evening, a Party in the Park was held until 10 p.m. at Constitution Square, where attendees enjoyed dinner and music.

Saturday, the event kicked back off at noon.

“I would say we had 2,000-plus in attendance over the two days,” said Nick Wade, executive director for the Heart of Danville. “… which makes this the largest one yet.” 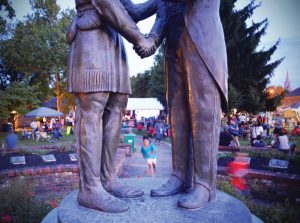 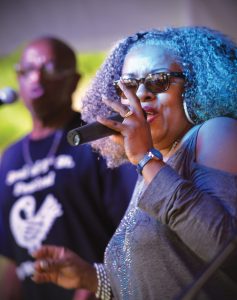 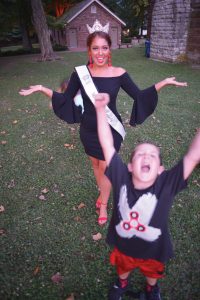 Miss Boyle County 2017, Gabriella Campos is photo bombed by her cousin, Myland Peters at Friday evening’s Soul of 2nd Street Festival at Constitution Square Park in Danville. Campos was a special guest at the festival. 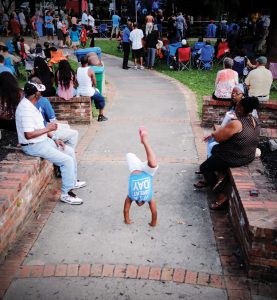 Sariah Mitchell of Nicholasville, does a tumble on the main walkway in Constitution Square Park during a break between acts at the Soul of 2nd Street Festival Saturday evening in Danville.

In the wake of now-fatal clashes in the streets of Charlottesville, Virginia, as white nationalists protest and other groups hold... read more