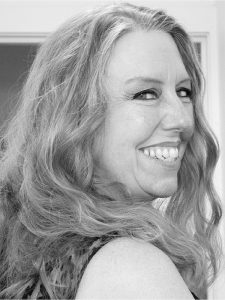 Amy Lee Kleckner Thomas, 53, of Georgetown, Ohio, died unexpectedly in her sleep on Monday, August 7, 2017. Born September 20, 1963 in Youngstown, Ohio, she was the daughter of the late Earl Leroy and Nancy Roberta Hoffman Kleckner.

Amy graduated from Boyle County High School in Danville, Kentucky, and earned her Bachelor of Science from Morehead State University. From 1989 to 2001, Amy stayed at home to raise her children. In 2001, she began her career with the TRIO programs at the University of Cincinnati. From 1995 until her death, Amy was prominently involved with her husband’s marching bands, including Woodrow Wilson High School in Youngstown, Ohio and Georgetown High School in Georgetown, Ohio. Amy and her husband are members of Peace Lutheran Church in Arnheim, Ohio.

Visitation will be on Sunday, August 13, 2017 from 2PM until 4PM, and the funeral service will immediately follow at 4PM at Stith Funeral Home, 318 West Broadway Street, Danville, Kentucky 40422.

An additional open-house memorial will be held on Tuesday, August 15, 2017 from 6PM until 8PM at Pike Township Community Center, 12700 State Route 774, Bethel, Ohio 45106. Donations may be made to the American Heart Association. The online memorial page and guestbook is available at www.stithcares.com.