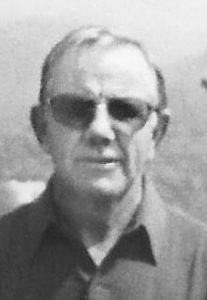 Harry was a member of Immanuel Baptist Church in Danville, served in The United States Navy and worked for many years as an LPN at the former Kentucky State Hospital. After his military service, Harry farmed with his father and ended his career after 15 years as a Deputy Sheriff with the Boyle County Sheriff’s Office. He was one of the first Boyle County Deputies to graduate from the Eastern Kentucky University Police Academy. Harry was also real estate Broker and Agent, Licensed Insurance agent and a member of the Danville VFW and was a Mason.

Along with his parents, Harry is preceded in death by a daughter, Deborah Sims and a brother, Tommy Sims.

The funeral service will be 1:00 p.m., Tuesday, August 15, 2017 at Walden Funeral Home Perryville with Bro. Andy Mikels officiating. Burial will follow in Parksville Cemetery. Visitation will be from 5 – 8:00 p.m., Monday at the funeral home.