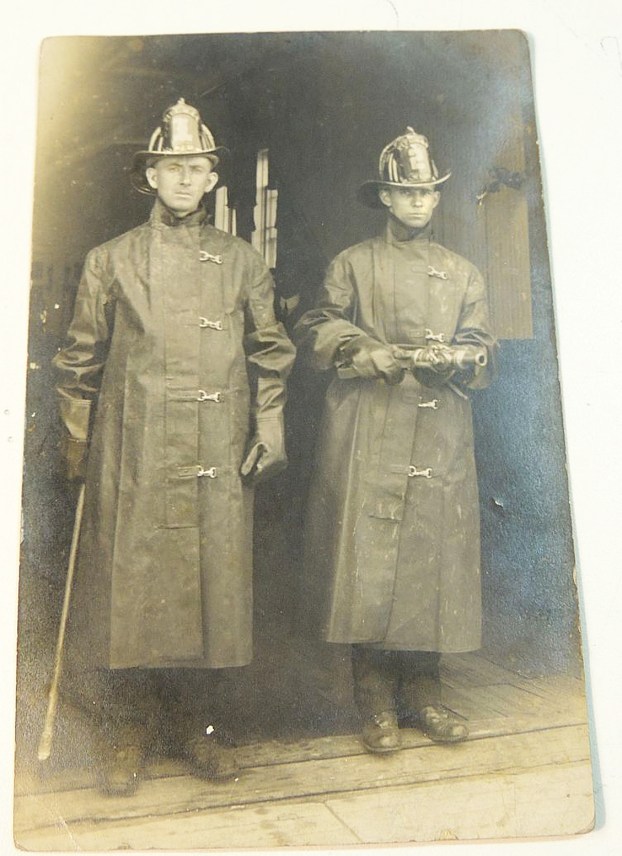 Question: J, I was going through some of my family genealogy and I found this post card. It shows my great-grandfather and his cousin who both were early firemen in Boston in the early 1900s. You said that some post cards are valuable. Is this one of them please? It’s in good condition but it’s been written on the back of who they are. I had his fireman’s helmet for years but sold it, when I was offered $150 for it years ago. Should I have kept it? I look for your articles every Saturday and I save them to send to family out of state. Thanks. 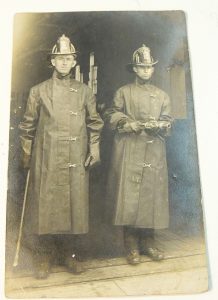 Answer: You have a great RPPC a.k.a. Real Photo Post Card. In the world of Deltaology, that’s the study and collecting of post cards, and RPPC’s are always desirable and collectible. There was once a time that photos could be developed in several ways, one was by having photos printed as post cards. Most other post cards, from this time period, could be printed in the thousands but a photo that your great-grandmother took and had developed and printed as a post card might… might be available in only numbers like 12 or four or even one example available for the world.

For those who don’t know, post cards were a major form of communication from the early 1900s right up through the 1950s. They were truly an art form with the best of the best being printed in Germany. Of course, things like cell phones, Facebook and Instagram have rendered them almost obsolete. Except for common post cards from your vacation that are printed by hundreds of thousands.

What a great image this is. Two young men in a dangerous and frighteningly early field, outfitted in the latest technology, looking into the face of a future that they might not have ever seen. This is appealing to not only post card collectors but to collectors of early fire fighting.

We’ve already established that it has the appeal and the condition looks good. A lot of vintage post cards have softened but many still hold their value. Typical Edwardian post cards depicting angels, cupids and shamrocks are pretty but often sell for under $4. Halloween cards are something we’ll talk about some other time. That market is crazy and white hot.

I expect that this card with its handsome oil clothed firemen, in a good post card shop or in the hands of a specialty dealer would be priced at about $25.

I think it would be great if you had it enlarged, as large as possible and still be clear, and make posters out of it to give to family members. Thanks for sharing it.

As a side note, that fireman’s helmet you sold, could have been worth upwards of $1,200 or more, in the right market and depending on condition. You should have kept that too.

Parksville man may have had a special violin

A Parksville man, who bought a violin in 1910, thought the musical instrument was made by the famous Antonia Stradivari,... read more