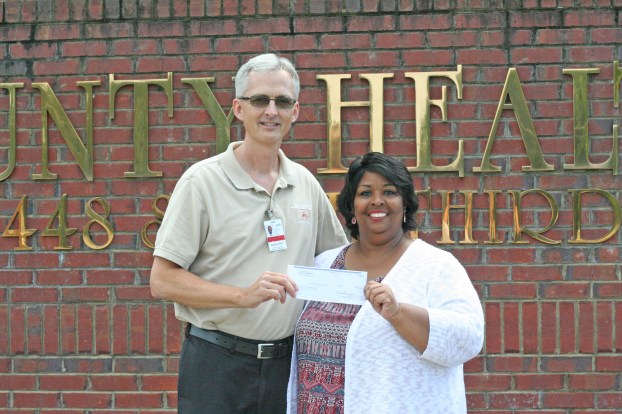 Kindergarten through fourth grade students in the Danville Independent Schools will be participating in the Too Good for Drugs curriculum, thanks to a $15,000 grant from the Department of Public Health.

“I wrote (the grant application) for $10,000 and they called me; told me I didn’t ask for enough,” said Anna Houston, director of the Family Resource Centers at the Danville elementary schools.

Houston said they introduced the curriculum in the fourth and fifth grades last year, thanks to funding from the Boyle County Agency for Substance Abuse Program.

“Guidance counselors loved it,” she said, explaining that it’s the counselors who teach the program to the students.

“We had a plea from the community, asking ‘How do we educate our kids about making better choices?’”

Too Good for Drugs is about making good decisions when faced with all forms of peer pressure, with exercise and more, Houston said, not just about drugs.

“That’s just one piece,” Houston said. “If we can teach them to make good choices across the spectrum, then when they are faced with that decision, they will stop and think about it.”

Kids were really into the program last year, Houston said.

“It gives them a chance to talk about what’s going on in their homes,” she said.

Another component of the grant is that they will have a parent night near the end of the year, so that kids are able to share what they’ve learned.

“We want them to go home and talk about it,” Houston said.

Brent Blevins, director of the Boyle County Health Department, which administers the grant on behalf of the Department of Public Health, said he was glad to see the district secure the grant and introduce the curriculum to students.

“I’m really proud of the Danville Schools and of Anna for taking the initiative,” he said. “It’s a good grant. It’s a great age to talk to kids, about making good decisions.”

Houston said she was excited to implement the program, and that they will be able to continue it in following years because they will already have the curriculum for all elementary-aged students.

Danville has finalized a rate increase for its sewer customers and given initial approval to a small property tax decrease.... read more