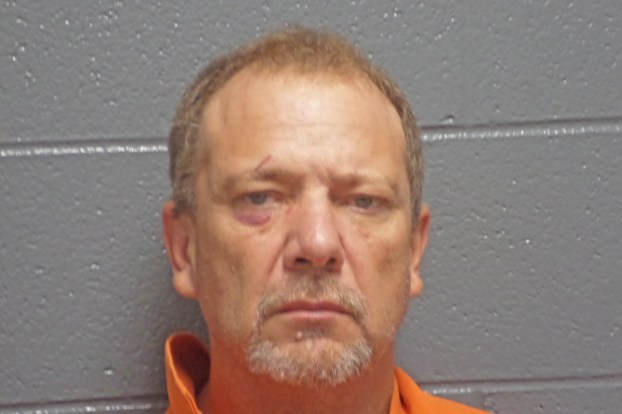 Man arrested after kidnapping woman: Stabbed her as she attempted to flee moving vehicle

A man was arrested Saturday night after he allegedly held a woman against her will, then stabbed her when she attempted to jump from his car.

Boyle County Sheriff’s Deputies were called to a residence on Lebanon Road at about 5:32 p.m. A woman, name not released, had been stabbed in the back as she jumped from a moving vehicle. The driver, Brian Lainhart, 51 of Lexington, had held her against her will and allegedly stabbed her in the lower back as she fled.

“She jumped out at a random house,” said Boyle County Sheriff Derek Robbins, and said she was found about halfway up the driveway by residents.

A release from the Boyle County Sheriff’s Department said witnesses reported Lainhart drove into an embankment; he fled while they called 911. The woman was transported to the Ephraim McDowell Regional Medical Center, due to her stab wound. She is in stable condition.

Robbins said Lainhart and the woman had a prior relationship and have a child together. He said they lived in Boyle County together at one time.

Lainhart was located on Persimmon Knob Road at about 9 p.m. by K9 Deputy Casey McCoy, Deputy Brandon Conley and members of the Kentucky State Police. He attempted to flee, but wrecked in a wooded area.

“(Deputies) were coming at him and turned on their lights. He attempted to flee, drove off into the grass and hit a tree. He was going to run, but didn’t get the opportunity,” Robbins said.

Lainhart is at the Boyle County Detention Center where he is being held on a $100,000 bond.

Kindergarten through fourth grade students in the Danville Independent Schools will be participating in the Too Good for Drugs curriculum,... read more