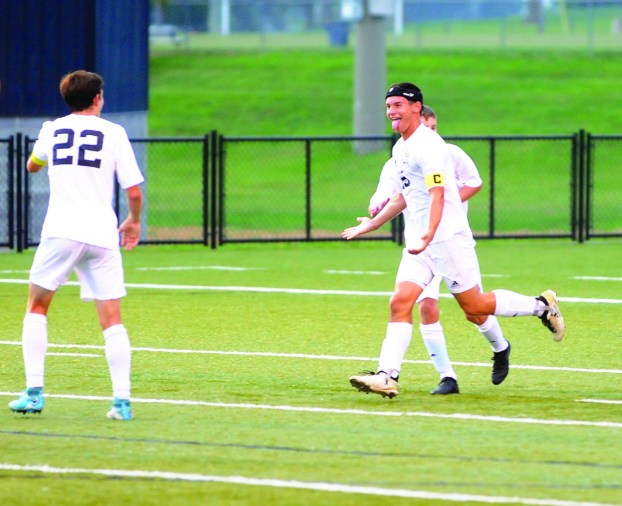 Ryan Henry scored three goals and Sergio Mercado added two more for the Rebels, who led 4-1 at halftime. The win was against the 13th Region defending champions — South Laurel won 24 games last season and went to the Elite 8.

But it was the Rebels who started 2017 with a win. Henry scored his first goal less than five minutes into the game after breaking up the left side of the field.

Henry, typically a defender, was moved to the front line during the Rebels’ last scrimmage of preseason against Sayre. Boyle coach Cris McMann said he needed to find an option to fill Henry’s role at the back.

“We tried four people at that sweeper position, just trying to find a combination where we score more than the other guys,” McMann said. “I think we found one. Ryan is a tough player and he’s a good guy to have up top.”

South Laurel tied the game at 1-1 seven minutes later, but the Rebels stayed on the front foot. Henry bagged another goal on a corner played in by Eli Goggin. South Laurel keeper Jeremy Rice palmed Goggin’s cross away but Henry responded quickest, heading into an empty net.

Henry’s third goal was similar to his first. He cleared the South Laurel defense and beat the keeper 1-on-1 to make the score 3-1.

“He just has a really good left foot, too,” McMann said. “A lot of teams don’t face somebody like that, it’s hard for the defenders.”

Caleb Jackson assisted Sergio Mercado for the Rebels’ fourth and final goal of the first half.

In the second half, the Rebels’ offense slowed, but Mercado found the back of the net a second time on a blast to the right corner of the net.

South Laurel would score two times in the final six minutes to finish the scoring.

“Five to three, that’s fun for the fans,” McMann said. “That’s a lot of goals. We just have to work on that ‘not letting up, keep playing hard the whole time.”

McMann said that he liked the way his team played for a majority of the game but wants to see them close it out.

“I liked how we played two-touch passing, I think we did that for most of the game,” he said. “There at the end, we got a comfortable lead and I think we relaxed and just started goofing off a little bit. You can’t relax and let up, because the other team isn’t quitting.”

Rebels hoping for breakout season in 2017