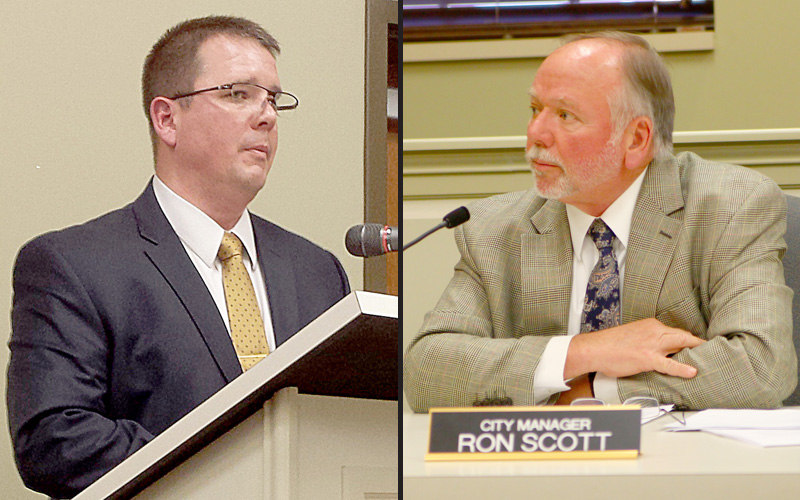 Ann Mosley was at her job at the Ephraim McDowell Wellness Center last winter when a couple of friends driving across the country pulled in to the center’s parking lot. They hadn’t meant to drive to a gym — they were trying to find the local emergency room.

One of the friends had a pacemaker, which was apparently malfunctioning, Mosley said as she recalled the event Monday.

Mosley said Wellness Center staff are trained in CPR, but due to the unique nature of the medical emergency, they didn’t know if they could perform the potentially lifesaving procedure.

The local 911 dispatchers weren’t able to provide instructions to those at the scene, so Mosley said no one was able to help until EMS arrived.

“Watching that was pretty bad.”

EMD allows 911 dispatchers to provide instructions to callers on how to help someone who is having a medical emergency before emergency responders can get on the scene. It also increases communication among all the parties involved in an emergency — callers, first responders and hospital staff.

While every other surrounding county provides EMD services on 911 calls, in Boyle County, dispatchers are limited to relaying initial call information and location to emergency responders. Calls are disconnected once emergency personnel are on the way, Guerrant has said.

Following Guerrant’s April presentation, Danville City Commission initially planned to spend $300,000 this fiscal year to implement EMD services (Guerrant had initially estimated it would cost between $200,000 and $300,000 to implement). But in late June, under the gun to pass a budget and facing vocal opposition to a pair of tax increases, the commission voted to cut EMD from the current budget and shave a tenth of a percent off a payroll tax increase.

“Frankly, it was going to be a challenge to implement that in the next fiscal year,” City Manager Ron Scott said at the time, explaining the city and Boyle County already have a big project ahead of them in the coming fiscal year to complete a major upgrade to the 911 center’s technology.

Guerrant disagrees with the city’s decision. He said Monday it wouldn’t take as much funding and staffing as the city anticipates in order to implement EMD, and as long as EMD isn’t being provided, people suffering medical emergencies are facing unnecessarily high risks.

As an example, Guerrant points to a 911 call from July 29, when a caller said there was a female who had overdosed and was not breathing.

The call was sent out to Boyle County EMS at 5:47 a.m., according to the recording provided by Guerrant.

Shortly after that initial call, the dispatcher gets back on the radio: “Caller is requesting pre-arrival instructions for a heroin overdose — not breathing. Can you advise?”

There is no immediate response to the radio request.

It’s at this point Guerrant explains: “During the response and during the pauses on this tape, what is occurring is EMS is actually getting out of bed, getting their shoes on, getting to the ambulance, getting their truck started, pulling out, turning their lights and sirens on. The driver is driving; and the paramedic on the side is most likely looking up the exact street address on a map so they can get there in a timely manner.

“So they are actively engaged in response to the scene. So during the dead periods of this tape, it’s not that EMS is not responding; it’s that they are working to actively get to the patient as quickly as possible.”

EMS tell the dispatcher they are en route at 5:52 a.m., five minutes after the call went out, according to the recording.

“You’re en route to … Fitzgerald Road for a female who overdosed on heroin; she is not breathing,” the dispatcher says. “Caller is still requesting pre-arrival instructions; how do you advise?”

An EMS responder gets on the radio, “Advise her to start CPR, Danville.”

“They are requesting instructions; they advise they do not know CPR; how do you advise?” the dispatcher says.

EMS comes back on after a few seconds: “Lay the patient on her back, start chest compressions, 2 inches in depth, 30-to-two.”

“Negative,” the dispatcher says on the recording. “We’ll need a conference; we are not permitted to provide instructions.”

Mosley, who witnessed the medical emergency at the Wellness Center last year, said listening to this new 911 recording makes her “hair raise.”

“Listening to that — it’s very sad and it makes my skin kind of crawl,” she said.

The woman survived — EMS was able to revive her from the overdose, Guerrant said. “But she was in trouble when they got there,” he said.

Guerrant said adding EMD services would mean when a caller wants “pre-arrival instructions,” the dispatcher could provide them and keep EMS informed of the developing situation along the way. That updating of emergency responders is something else he and Mosley said was missing from the Wellness Center incident.

When EMS arrived at the Wellness Center, “it appeared to me that they weren’t truly aware of what was going on,” Mosley said.

Guerrant said EMS had been dispatched for a male with chest pain; the first responders didn’t learn that it had become a cardiac arrest situation until they arrived.

Would EMD have saved the man’s life?

“I can’t say that it would have saved his life, but it would have given him a much better opportunity to have life-saving intervention if CPR had been initiated at first contact with dispatch,” Guerrant said.

“I feel it would have made a big difference,” Mosley said. “Today, I was just thinking to myself, in hindsight, we might have been better off just getting in the guy’s truck and driving to the ER. I’m not saying he would have lived, but he might have had a better chance.”

Guerrant said after learning about the July 29 overdose call, he wanted to address the city commission again on Monday. But he said he was told he wouldn’t be put on the agenda and he would have to speak during the “hear the public” portion of the meeting.

City Manager Ron Scott said “agenda items are typically reserved for action items of the city commission and not just citizens’ comments for an extended period of time.”

“He (Guerrant) didn’t follow protocol in terms of making that request directly of me in advance of the preparation of the agenda,” Scott said.

Guerrant declined to attend Monday’s meeting and speak at “hear the public.” He said he has spoken with two city commissioners — J.H. Atkins and Rick Serres — who were both “supportive of further discussion.”

During commissioner comments at the end of Monday’s meeting, Atkins brought up the issue of EMD.

“I had a really interesting meeting for about an hour with a citizen who is concerned about this and he gave me some real good insights about how we could make some of this work without additional personnel and without spending $300,000, so I would like to see us continue that dialogue and continue seeking out that good information,” Atkins said. “I guess that’s a hint to staff, I guess.”

Guerrant said dispatchers are required to go through a training academy either prior to or shortly after they begin working in a 911 center, and that required training includes training them to provide EMD. He said it would cost Danville $390 per dispatcher to recertify them for EMD, and then a little more than $200 per year per dispatcher to maintain their certifications.

As for equipment, Guerrant said Danville could look into electronic EMD systems, but dispatchers can also use physical “flip charts” that sit on a stand next to the dispatcher. In the case of the July 29 overdose, he said a dispatcher would have located the tab on such a flip chart for “CPR – adult” and then read the instructions to the caller.

Guerrant said he doesn’t think a planned upgrade of Danville’s 911 center to next-generation equipment is a good reason to delay EMD. City officials have said they want to implement EMD after the upgrade, slated to begin this fall, is complete next spring.

Guerrant believes basic EMD services could be implemented in Danville within “weeks,” not months.

Guerrant said he’s been told it would require a large staffing increase at the 911 center because EMD calls would occupy more of the dispatchers’ time, meaning others would need to be available to answer new 911 calls. But Guerrant questioned that — he said he conducted a simulated 911 call with Bluegrass 911 in Garrard County, based on the July 29 overdose.

“We were able to complete the EMD portion in its entirety with CPR in progress in approximately 30 seconds,” he said.

Guerrant noted that Boyle County is considering the possibility of stopping use of Danville’s 911 center for calls outside the city limits and switching to Bluegrass 911.

“If the city is unwilling to solve this problem, and the county has other viable solutions … we as a community should follow the county’s lead and consider moving dispatch to Garrard County,” he said.

City Manager Scott said Tuesday he has discussed the EMD issue at length with Guerrant, but “we did not have a common agreement on his perspective.”

“There are a number of issues which Mr. Guerrant does not seem to want to recognize” that get in the way of implementing EMD quickly, Scott said.

Scott has previously listed issues he says prevent immediate implementation: lack of an adequate number of phone lines, lack of additional staff, availability of funding, among others.

But the city does intend to implement EMD and is working toward making that happen. As part of that effort, city officials hope to visit Frankfort’s 911 center in mid-September to see how it operates, Scott said.

City Attorney Stephen Dexter said Monday that Frankfort’s center is a model for how Danville could operate — it’s an urban call center serving the entire county, and it has implemented EMD services successfully.

Scott said at Monday’s meeting the city hopes to implement EMD on “July 1, 2018, assuming we have the money to do that and the support of the city commission to implement that as a priority next year.”

That’s not soon enough for Guerrant.