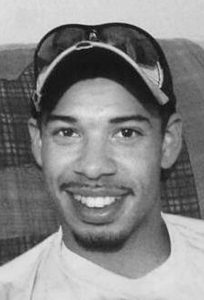 Jeffery Lancaster, 26, of Campbellsville, formerly of Danville, passed away Sunday, August 13, 2017 at his home. He was born to the late Helen Thomas on September 23, 1990 in Boyle County. Surviving is his wife, Stephanie Hurd Lancaster.

Jeff worked for Fluor Tubing in Campbellsville. He loved to be outside, and would spend a majority of his time outside with his friends and family. Jeff loved anything with a motor whether it be a car, a four wheeler, a motorcycle, or a go cart. He took pride in the family he had closest to him, such as his wife, children, and sisters. Jeff was a man who would give the shirt off his back to a person in need and never expected anything in return. He had an infectious smile and laugh, and lit up any room he walked into. He was loved by many, and will forever be missed.