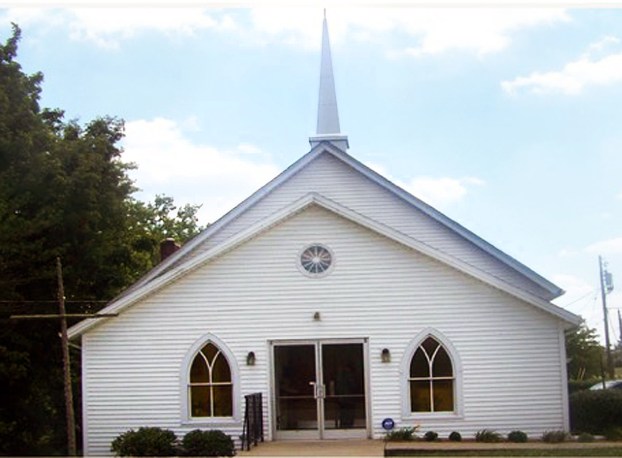 Looking Back: First Baptist in Perryville celebrating its 150th anniversary.

Organized in 1867 by a group of earnest and dedicated Christians who obtained letters of dismissal from First Colored Baptist Church in Danville, First Baptist is located on Raymond L. Sleet Street.

“First Baptist Church throughout its rich history has faced many challenges. This small church in the western part of Boyle County celebrates a legacy reflecting the faithfulness of God in providing the necessary resources to grow the people and the church all to His glory,” according to the church history.

“It will celebrate and praise God for who He is, what He has done, what He has promised, and what He will do. We’ve come this far by faith, holding on to God’s unchanging hand, believing that this church, His church will exist as long as we obey His Will not ours.”

Harry Hocker was the first pastor after the church was organized.

The membership of First Baptist in early years was comprised of people living in Perryville and its immediate proximity.

The church property was purchased for $75 from Catharine Jones. Over the years, major renovations have been made to the church building and parsonage.

Projects include a steeple added to the building in 1992, extensive kitchen renovations made in 1999, new stained glass windows were installed in 2001, the church parsonage was torn down, rebuilt, and dedicated in 2004, and new Bibles and hymnals were purchased in 2009.

Plans for acquisition and restoration of the Colored School House were the vision of former the Rev. Dr. Willie F. Newby Jr. , who served as pastor for 20 years.

After Newby’s service as pastor, the Rev. Gerry K. Hearn was named pastor in June 2008 and served about 10 years.

Through Hearn’s guidance, the church paid $1 for property from the Springhill Cemetery Committee in 2009. The church also voted to tear down the structure then decided to restore, not destroy such a significant part of the church legacy.

The congregation was encouraged by Jess and Angela Correll to proceed with the project and renovation of the Amelia Sleet Burton Colored School House was completed in the fall of 2014. The school house includes a library room dedicated to Newby.

Rev. Yocum presents a renewed spirit to the church with emphasis on Bible based teaching, rebuilding the church youth program, emphasizing the importance of unity within the church body, and spreading the gospel by connecting with other Christians throughout the area.

In his first year, Rev. Yocum has reorganized the Brotherhood choir, added an annual picnic and senior appreciation day to the church calendar, appointed a Benevolence committee to coordinate requests for assistance from the church, baptized four and welcomed six new members.

Rev. Yocum and his wife Crystal have three children: Victoria, Jeffrey, and Christian.

Anne Sleet is church clerk and Martina Burton is assistant and Mattie Johnson is Sunday school superintendent, and Evelyn Jones is assistant.

The music ministry has included a Choral Voices, the Brotherhood, FRIENDS and youth choirs. The choral group has provided financial assistance for many major structural and benevolent projects.

Crystal Yocum is currently director of the Brotherhood and Jeffrey Yocum is pianist.

The Brother-to-Brother fellowship, Sister-to-Sister Café and Youth Ministry began in 2008.

The men meet monthly on the third Saturday for breakfast and to build camaraderie with one another. The women gather on the second Saturday each month for Bible Study and to share, support, encourage, and pray for the well-being of all women both within and outside the church.

In an effort to reach the sick and shut in of Danville-Boyle County and Louisville, a Radio and Television Ministry was started in 1992. The Louisville broadcast was discontinued in 2007. The local broadcast continues and is televised on the local cable access channel at 9 a.m. each Sunday. 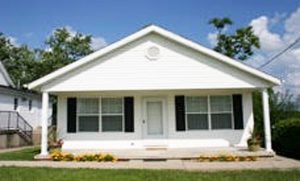 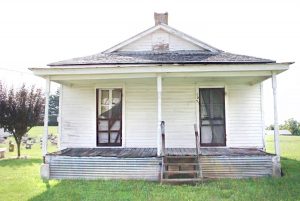 Amelia Sleet Burton Colored School House, bottom, after it was renovated. The top photo is before the renovation. 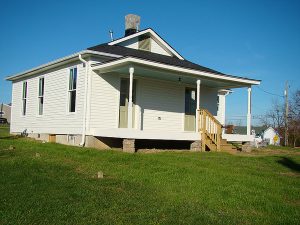 Question: Hey Jerry, tell me what kind of good deal I got for my cloisnay dish. Got it at a... read more