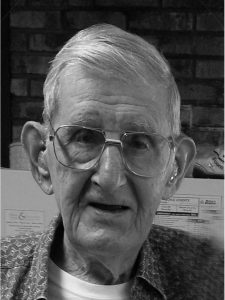 Morris Martin, 90 of Junction City died Friday, August 18, 2017. Born March 21, 1927 at his family farm, he was the son of the late Moritz and Christina Moert Martin. He was a member of Mount Freeman Baptist Church and was a Boyle County Fiscal Court Magistrate for over 27 years. He was born on the farm where he lived and started his first sawmill at 21 years old. He was a lifelong farmer, sawmill owner and logger. Morris served in the U.S.Army during WWII. He was predeceased by eleven brothers and sisters.

The funeral service will be 11 a.m., Tuesday, August 22, 2017 at Stith Funeral Home, Junction City. Stacy Wilson will officiate. Burial will be in the Junction City Cemetery. Pallbearers will be his grandsons. Honorary pallbearers will be his granddaughters and his great-grandchildren. Visitation will be Monday after 5 p.m. at Stith Funeral Home, Junction City. Memorial donations are suggested to Heritage Hospice or Gentiva. The online guestbook is available at www.stithcares.com.