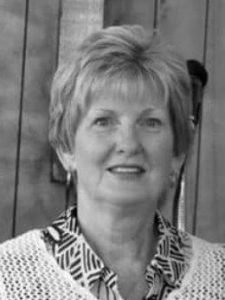 Cathy Louise Scalf Adams, 67 of Moreland entered into eternal rest on Sunday, August 20, 2017. Born February 14, 1950, she was the daughter of Joseph Henry Scalf, Jr. of FL and the late Evelyn Louise Vickery Scalf. In addition to her mom, she was preceded in death by her husband of 46 years, Jerry Adams and a brother, Ronnie Scalf. Cathy had completed an ASN (Associate of Science in Nursing) and was a Registered Nurse as well as a long time pastor’s wife. She was a member of Ellisburg Baptist Church. She is survived by one daughter, Christy (Jody) Miller of Glasgow; two sons: Curtis (Brandy) Adams of Bowling Green and Cary (Yolanda) Adams of Lawton, OK; four sisters: Lynn (Tony) Benton of NC, Terry (Mike) Axley of FL, Debbie Brown of NC and Vicki (Jorge) Barrera of NC; and twelve grandchildren. Services will be at 12:30 pm, Friday at W.L. Pruitt Funeral Home by Bro. Darren Wolford with burial in Camp Nelson National Cemetery. Visitation is 5-9 pm, Thursday at the funeral home. A guestbook is available at www.wlpruitt.com.