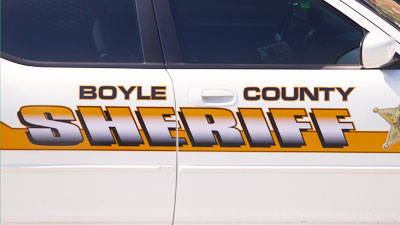 Police pursuit from Boyle to Lincoln ends with two arrests

Two Lincoln County residents have been charged with multiple counts of traffic and drug violations following a police chase early this morning in Boyle County, which ended in Lincoln County.

According to Danville police, when officer Adam Wilson checked a license plate of a vehicle near Walmart in Danville occupied by Richard C. Haight, 31, and Cheyenne Coffee, 22, both of Crab Orchard, he discovered the plate didn’t match the vehicle. When Wilson attempted to conduct a traffic stop, Haight fled at a high rate of speed heading east on the bypass toward Stanford.

Police said Haight was swerving between lanes and driving erratically, and at one point items were being thrown from the vehicle. One of these items struck Wilson’s police cruiser, “disintegrating into the windshield,” according to police.

The items were later tested as being positive for methamphetamine, according to police.

The pursuit entered Lincoln County and came to an end on Crawford Lane, near the neighborhood of Tanner Circle, when the fleeing vehicle crashed into an out building and a parked vehicle. Haight allegedly fled on foot and was apprehended by Wilson, who had to subdue him with a Taser, according to police.

The passenger, Coffee, was apprehended by assisting officers.

According to police, the vehicle was found to have been stolen out of Richmond.

Haight was charged with speeding, reckless driving, driving without insurance, driving on a suspended license, driving under the influence of alcohol or drugs, first-degree possession of methamphetamine, possession of drug paraphernalia, receiving stolen property worth $10,000 or more, first-degree wanton endangerment, first-degree wanton endangerment of a police officer, tampering with physical evidence, first-degree fleeing or evading police in a vehicle, second-degree fleeing or evading police on foot and theft of a motor vehicle registration plate. Police also served unrelated warrants on Haight.

Coffee was charged with first-degree possession of methamphetamine and tampering with physical evidence.

Talk about it: Lunch and Learn event for church leaders aimed at breaking stigma of talking about addiction