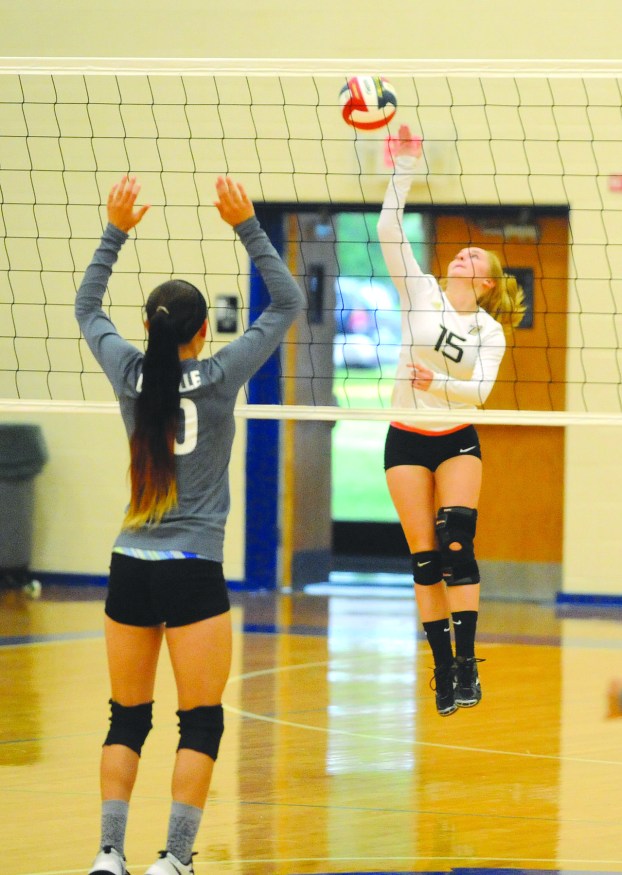 Rivalry week started with a high note for the Boyle County volleyball team.

After a 4-5 start to the season, Rebels’ coach Andrea Craig wants to see more consistency.

“We made so many errors within both of those first sets, we should have been able to keep their score down and our score u,” Craig said. “If we maintained our serves better, our serve receive and quit with the ‘who’s ball,’ we would’ve been able to finish that off a lot quicker than we did. Getting out to a 11-0 start in the third set really helped us mentally.” 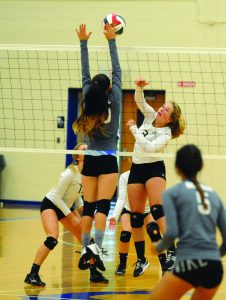 Brittney Kincaid served during that third-set start, something that Craig said was good for her confidence — and the team.

“Tonight, I think Brittney (Kincaid) coming out in that third set and getting us on that 11-0 run was absolutely needed,” Craig said. “I think it was needed for her, being a senior, to be able to be a leader on the floor and also show the team that they’re a lot better than they had been.”

The Admirals kept the first two sets entertaining before Kincaid’s dominant run of serves, but Danville coach Maggie Myers wants her team to have more confidence to finish off sets and prevent runs before they get started.

“We definitely had some big plays that showed a lot of focus and hustle, especially tonight in the way that we played the net. We were very competitive in not letting soft touches tip over. That has become a weapon for us, especially with sophomore and first-year volleyball player Nancy Gonzalez on the front row.

“I think that when a run gets started, it’s very difficult for this group of athletes to break that momentum. We have a tendency to let one point turn into seven, eight, 12. We’re just not quite deep enough to use substitutions to break that momentum. Our entire bench is freshmen and first-year players. It puts us in a difficult position when it comes to breaking momentum to stop a run.”

Boyle has been in similar situations this season — The Rebels have won just one set in their five losses this season. 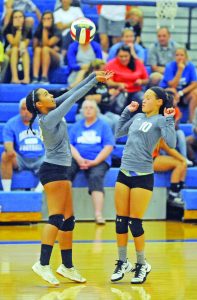 “We’ve struggled quite a bit so far, and I think that’s down to finding the right chemistry on the floor, as well as the right positioning for everybody,” Craig said. “It’s a different mix this year in some respects, but it’s really not. We lost three seniors and we have girls who are stepping up who should be able to fill those spots. I think right now it’s getting those vibes going in the right direction.”

The Rebels hosted their volleyball invitational over the weekend where they played five games over four days. Boyle faces Lincoln County tomorrow.

“Coming off of this past weekend, this is one of those trial-and-error type things, where we see what works so you can prepare for the next match,” Craig said. “Right now we’re trying to get into that rhythm, and hopefully when we go to Lincoln, it’ll be a good match.”

Myers said she’s looking for leadership on the floor in future games this season. The Ads square off against Frankfort tomorrow.

“I feel like we lack confidence. Even though we have had some very strong, competitive matches, some very aggressive games, they are still too few and far between for any of my varsity athletes that will translate to leadership on the floor.”

CORBIN — It wasn’t the prettiest win you will ever see, but Danville made all the plays — both offensively... read more