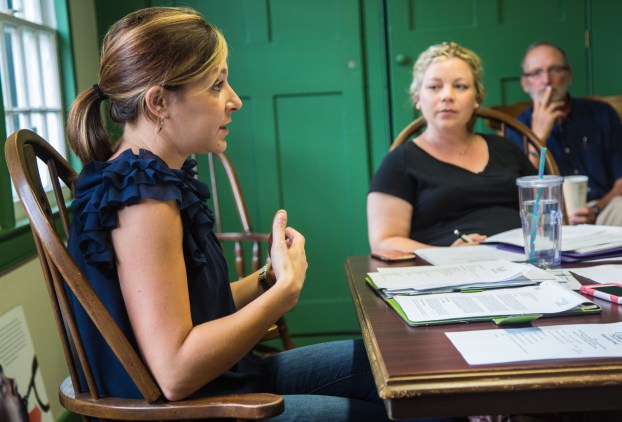 Could Danville support a downtown hotel? CVB will pay $15K to find out

The Convention and Visitors Bureau is moving forward with a $15,000 study to determine whether Danville could support a hotel in the downtown area.

The study will be conducted by RKG Associates, the same company that recently completed a long-term strategic economic development plan for the Danville-Boyle County Economic Development Partnership, said Jennifer Kirchner, executive director of the CVB.

“For as long as I’ve been here and well before me, the concept of a downtown hotel is often talked about — would it work? Where would it go? How do we do it? Do we need it? Do we not? Can we get an investor?” Kirchner said during the CVB’s monthly board meeting Monday. “We actually have the resources now that we would like to officially find that out.”

Kirchner said using RKG means the study will be cheaper than it could be otherwise, because RKG is “well-acquainted with the downtown economy and the bypass economy and how they interact.”

The $15,000 price tag falls below the $20,000 threshold that would require the CVB to send out a request for proposals and consider other companies, Kirchner said.

The study could provide data and evidence of what many in Danville think they know already — that having a downtown hotel would be a big benefit to the area’s economy, Kirchner said. Such hard evidence would be useful to present to potential investors, she explained.

But there’s also the question of whether a downtown hotel would hurt the hotels on the bypass — “Are they pulling from the same demographic?” Kirchner said. The study will answer that question, as well — and the study could ultimately reveal there’s not enough activity to support a hotel at all, she noted.

“As the CVB, we don’t want to cut off our nose to spite our face — we don’t want to go and recruit hotels to only harm our hotels that are already existing here,” she said. “If AirBNB is the way forward for downtown because that’s what the real estate and the market supports, then that’s what we want to support. This could come back and say, ‘no downtown hotel’ … and then you know what? We can stop talking about it. We can move on.”

The study will also include a site assessment that would recommend potential locations for a downtown hotel, Kirchner said.

“One of the things that constantly comes up is where on Earth would you put a downtown hotel? … Would you have to get three property owners together? Where would you even target?” she said. “So he’s going to do a whole site assessment and I think that is really going to be crucial.”

RKG’s proposed contract with the CVB lays out seven tasks the economic, planning and real estate consulting firm would do. The first few tasks include a kick-off meeting with the CVB board to review goals and objectives of the study; and analyses of the local lodging market, supply and demand.

A financial feasibility analysis would provide assessments of up to three different “hotel development programs” and whether they would work for Danville. And a site assessment task would result in a “confidential memo” listing possible locations “to preserve the financial integrity of the CVB’s efforts,” according to RKG’s proposed contract.

RKG estimates the study would be complete within six weeks once it receives a deposit from the CVB.

CVB board member Jerry Houck said it would be good to think ahead to what the CVB will do if the study comes back and says a downtown hotel isn’t feasible.

Kirchner said she believes whatever the recommendations are that come out of the study, “there’s an action plan that follows it.”

It may be that the study identifies barriers to having a downtown hotel that the CVB could begin working on, she said.

CVB board member Shane White said he would like to see the study evaluate more options than just a hotel for downtown — an Inn or expanded AirBNBs, perhaps.

Kirchner said the “competitive supply analysis” portion of the study will provide just that.

Houck said he also wouldn’t want to rule out the possibility that more lodging services could actually be needed on the bypass.

“We had talked about before when the Holiday Inn Express was coming in, we thought that it was more billed as a convention center type thing, and when it was actually built, the meeting room was a little smaller than what was anticipated,” he said. “(It may) end up being that there is another type of hotel that’s needed and it might be more of that boutique hotel that includes a restaurant, that includes catering services, that includes a larger, more transformable  meeting space. … Would that also be something that would fall out of this or is it just downtown?”

“He’s going to do analysis for the entire county,” Kirchner said, referring to RKG Principal Kyle Talente, who would head up the study.

Kirchner said she expects the study will go into a similar level of detail to the strategic economic development plan that Talente created for Boyle County, in terms of specifically laying out what kinds of hotels and lodging services could be supported in the area.

Kirchner said she is “anxious to jump on” the study and hopes it can be completed before the holidays at the end of the year.

Then, the CVB could “hit it hard for the spring,” she said.

A previous version of this story misidentified CVB board member Shane White.

‘Wonderful and glorious’ Planned changes in the structure of the Danville-Boyle County Economic Development Partnership are already liberating the Convention... read more