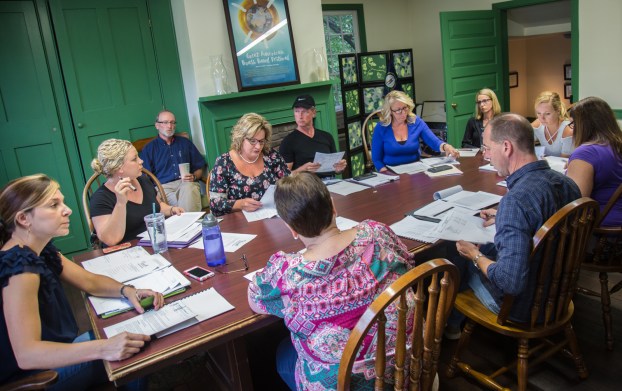 Planned changes in the structure of the Danville-Boyle County Economic Development Partnership are already liberating the Convention and Visitors Bureau to operate in a much less restricted manner, CVB Executive Director Jennifer Kirchner said Monday.

If things happen according to plan, the EDP, which manages economic development activities such as attracting new businesses and retaining current ones in Boyle County, will undergo a transformation between September and October. The new EDP will have a restructured board of directors and will focus exclusively on “core” economic development activities; while partner agencies that used to be heavily involved with the EDP will be distanced to a certain extent and able to work independently.

“Really the punchline is to collaborate on a project-based schedule and partner when it makes sense,” Kirchner said. “There’s no forced collaboration. It already feels so much more wonderful and glorious.”

Part of “partnering when it makes sense” means the CVB and EDP are actually sharing a staff member now — Visitors Center Coordinator Denise Wade has shifted from part-time to full-time and is now handling paperwork, mail, phone calls and more for both agencies.

Wade said the EDP is contributing two days of pay for her a week, and the CVB is paying the other three.

“I don’t work two straight days for (EDP President and CEO) Jody (Lassiter). It just all intermingles; there’s no way to keep it separate,” she said.

Kirchner said Wade had been helping out Lassiter and the EDP previously, but it wasn’t formalized and Wade was doing some things like keeping EDP minutes “out of the kindness of her heart.”

Expanding Wade from part-time to full-time also means the third staff member of the EDP, Jamee Peyton, is freed up to do other things since Wade is now available to man the CVB visitors center five days a week.

“This gets a double thumbs-up from me,” Kirchner said. “It took us a little bit to find our groove.”

Prior to the change, there wasn’t anyone handling office work for Lassiter.

“Things have gotten better for Jody. That’s why we would give him Denise, because it was just more than any one person could do, but everybody was just trying to keep all these balls in the air,” Kirchner said. “So it feels a lot more calm and organized because Jody has help now, he’s brought (EDP Vice President) Hal (Goode) on, and Denise will assist Hal some as needed. So we’ve got team members in place and everybody’s roles are defined. So it feels a heck of a lot calmer to me.”

The EDP board must still vote to approve new bylaws at its September meeting for the transformation to officially take place. If the new bylaws pass, the CVB, Chamber of Commerce, Heart of Danville and Main Street Perryville would no longer have voting seats on the EDP board.

The new EDP board would have increased representation from Danville and Boyle County governments, as well as representation from the Boyle County Industrial Foundation, “Chairman’s Circle” private donors and three at-large members elected by the rest of the board. The cities of Junction City and Perryville would each get a voting member if they contribute at least 67 cents per resident to the EDP budget.

Having “continuity” with Wade working for the CVB and the EDP will be helpful during the transition and “will really help us stay together and working well together,” said CVB chair Brittney Adams.

“Where it’s natural and not forced,” Kirchner added.

LIBERTY — A Stanford man died over the weekend in Casey County after being shot in the chest. According to a... read more