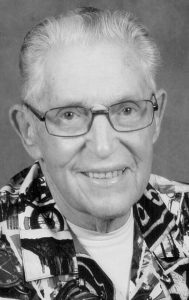 Ralph Young, 82, of Highland, KY, died Saturday, August 26, 2017, at his home. He was born September 8, 1934 in Lincoln County to the late Victoria Miracle Young and Delmar Lawrence Young. Don was the widower of Drucilla Baker Young.

He retired from the military after serving 22 years in the United States Air Force, Army, National Guard and Army Reserve. He was a KY Colonel, a member of Lincoln Lodge #60 F&AM, an honorary member of the Pleasant Grove Lodge #702 F&AM in Dalton, GA.

Don was a member of Mt. Moriah Christian Church, where he served as a deacon, and was a former caretaker of the Mt. Moriah Cemetery. He was a musician by trade for a number of years; he was a past Senior Instructor with the 2085th USAR School in Lexington, KY; he was a 1983 graduate of the Police Academy at Eastern Kentucky University, Class #143; served 20 years with the Stanford Police Department, mostly serving as Stanford’s Police Chief; he worked for 6 years as Security for the Lincoln County Board of Education at Lincoln County High School; Don was a Member and past Post Commander of Caswell Saufley Post #18 American Legion; He was the owner of D&D Body Shop and worked with his brother, Roy Young, at Youngs Body Shop in Stanford, KY.

Visitation will be Wednesday, August 30, 2017, at Spurlin Funeral Home Stanford, from 5-9 pm, funeral service will be at 11 am, Thursday, August 31, 2017, at Mt. Moriah Christian Church with Pastor Bill Gooch & Reverend Vola Brown officiating. There will be a Masonic Service, at 7:30 pm Wednesday, during the visitation at the funeral home. Burial will be in Mt. Moriah Cemetery with Military Rites given by Caswell Saufley Post #18 American Legion.

The family of Ralph “Don” Young gives a “Special Thank You” to the Hospice sitters and family members who have helped give loving care during this difficult time over the past several months; we would like to give an “Extra Special Thank You” to Hazel Delaney and Chrystal Cunningham for all you have done for us, you have been a blessing to our family.