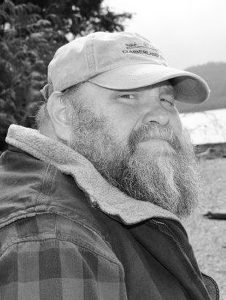 Bro. Michael obtained a bachelor’s degree from Clear Creek Bible College and was a minister for most of his life. He served as pastor at various churches throughout Lincoln, Casey and Pulaski counties and also pastored in Ketchikan, Alaska for 3 years. He had taken mission trips to Israel and Alaska, and was a member of Good Hope Baptist Church. He was an avid outdoorsman who enjoyed fishing, hunting, and traditional archery.

Survivors include his wife of 33 years; Kim Hatter of Paint Lick, KY, two sons; Rusty Hatter of Paint Lick, KY, and Robbie Hatter (Katelin) of Hustonville, KY, one daughter; Ashley Moore of Harrodsburg, KY, five brothers; Darrel Hatter of Kingston, OH, Greg Johnson, and Larry Johnson both of Stanford, KY, Jerry Johnson of Versailles, IN, and Leonard Johnson of Indianapolis, IN, three grandchildren; Madison Moore, Shelby Moore, and Hunter Moore, and several nieces and nephews. He was preceded in death by his parents.

Visitation will be Thursday, August 31, 2017 at Spurlin Funeral Home Chapel, Stanford from 5-9 pm. Funeral service will be 11 am Friday, September 1, 2017 at the funeral home with Reverends Roy Lucas, Ryan Logan, Mike Mullins, and Jimmy Closterman officiating. His son Rusty Hatter will also be speaking. Burial will follow at Danville Memorial Gardens in Danville, KY.