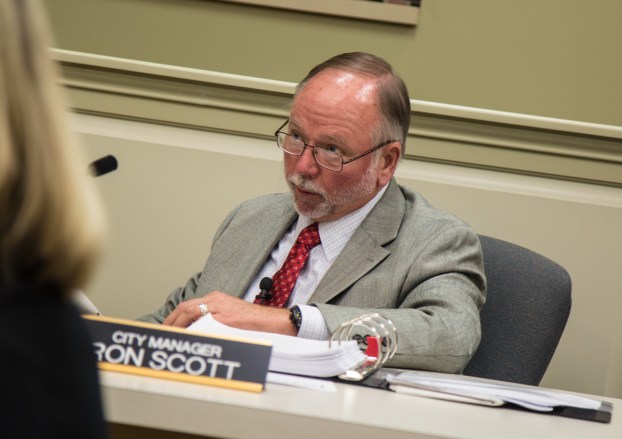 After strong lobbying from the local emergency room chief, the City of Danville now plans to implement “emergency medical dispatch” services at its 911 call center before the end of the year.

Danville City Manager Ron Scott said Monday night there are several hurdles to making EMD services a reality, but the city is now expecting to clear those hurdles before Dec. 31.

Scott said after a strong push from Dr. Eric Guerrant, the city took another look at offering EMD to 911 callers. Implementation of EMD had previously been delayed until the next fiscal year, 2018-19.

Guerrant first asked the city commission to add EMD services in April. And he came to The Advocate-Messenger earlier this month with another public plea to implement the services, using two 911 recordings to demonstrate cases where he believes EMD would have benefited people who were having medical emergencies.

EMD means dispatchers can provide instructions to callers on medical procedures such as CPR that can help people who are having medical emergencies.

“We believe Dr. Guerrant has done a service to us and the community by pointing out that this is an area of improvement that we should try to implement,” Scott told city commissioners Monday. “It costs money, it does take some time, it takes involvement by all parties cooperatively to get there. But we are working to get there.”

Danville previously planned to implement EMD services this fiscal year, after hearing Guerrant’s April presentation. But in late June, under the gun to pass a budget and facing vocal opposition to a pair of tax increases, the commission voted to cut EMD from the current budget and shave a tenth of a percent off a payroll tax increase.

Now EMD is back on for the current fiscal year.

Scott enumerated the obstacles that Danville must address or that have now been addressed:

• The city now has insurance coverage for EMD, because dispatch centers that offer the service are at risk of getting sued by callers. Scott said Danville has clarified its coverage with its insurance provider and any claims related to EMD in the future will be covered. A cost for that coverage was not immediately provided to the city, Scott said.

• Guerrant had suggested the city could buy flip-charts at a very low cost in order to give dispatchers all the info they would need to instruct callers. Scott said flip-charts are no longer sold by the company to which the Department of Criminal Justice Training referred Danville. But software programs for EMD are available and are not prohibitively expensive. It will cost about $359 per dispatcher to give them the software and train them on it, Scott said.

• The biggest obstacle is cost for extra staffing. Scott said Danville plans to hire additional part-time dispatchers in order to cover that need for now. The city has approached former dispatchers who went to work at other area dispatch centers and response has been positive, he said.

• Landline capacity at the current dispatch center’s location is limited, which means if an EMD call goes on for a long time and many other calls are coming in, it’s possible that a 911 call would have to come in on the center’s administrative line, which doesn’t have location services, Scott said. That means instead of dispatchers seeing where the call is coming from, they will have to ask the caller where they are, he explained.

Danville Police Chief Tony Gray said the difficulty in implementing EMD in Danville has something to do with the city’s size.

“We just fall in that little gap where we’re not big like Lexington, but we’re not small like some other towns around us,” Gray said. “Most of those cities that do do EMD — either they’re very large cities and they have a very big staff, or they’re very small cities that don’t have the call volume. We fall in there — we’re in between. We have a large call volume for our center. Staffing does play a part.”