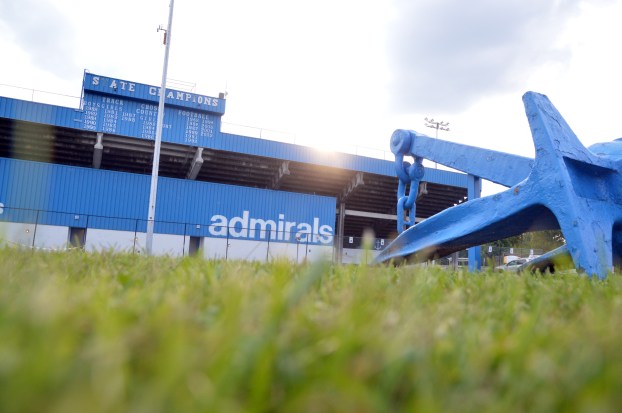 There were no easy answers.

What remains of Hurricane Harvey is expected to hit the Bluegrass State starting late Thursday night, so school officials across Kentucky were tasked with finding better game times for fall sports this weekend.

Boyle County and Danville football will now square off today at 7 p.m. at Admiral Stadium, with the two schools’ soccer teams playing games at 6 and 8 p.m. across town.

“As we looked at the weather forecast, we knew that we had to be concerned with the safety of all of our kids,” Danville Athletic Director Lisa Fisher said. “So we started trying to look at plans we could put in place to do that. We thought maybe playing before the rain and the bad weather came would be the best option.”

The rival soccer teams will meet at Boyle County, with the boys game starting at 6 p.m. and the girls following.

A potential move to Wednesday could have cleared fans to watch both games, but that’s a tough ask — not to mention both teams from each school played on Tuesday night.

“You’ve got a lot of factors looking into (moving to Wednesday),” Wynn said. “The teams played (Tuesday) night, but two, you have to be able to get officials and pull off certain things too for a quick move like that, which is very difficult.”

Fisher said the athletic directors, principals, coaches and other administrators were involved in the decision-making process.

“The football game was our home game, and as athletic directors, we work with each other and let the home school try to make a lot of the decisions that are going on at their facilities,” Fisher said. “We contacted Boyle and most administrators and athletic directors spent most of the morning trying to make the best decision that we could.

“We tried to put a lot of different options on the table; we involved a lot of people; we bounced those ideas around quite a bit. We knew that going into a holiday weekend with Labor Day, no matter what day we picked, it might affect the game itself or the people that could attend.”

It’s important to keep perspective — Harvey might be raining on Kentucky’s parade this weekend, but it has caused far more significant damage on the gulf coast.

“There’s a lot worse things going on (in Texas) than here, but we’re going to catch some effects of it,” Wynn said. “Not nearly in the extreme that they’re getting, and it’s very sad what’s going on there. We’re praying and thinking about those people.

Confirmed football games that have been rescheduled:

Boyle County at Danville is now Thursday at 7 p.m.

Mercer County at Anderson County is now Thursday at 7:30 p.m.

Russell County at Casey County is now Thursday at 7 p.m.

harlDozens of marathon swimmers took to the waters around Manhattan Island last weekend for the 20 Bridges Swim — a... read more