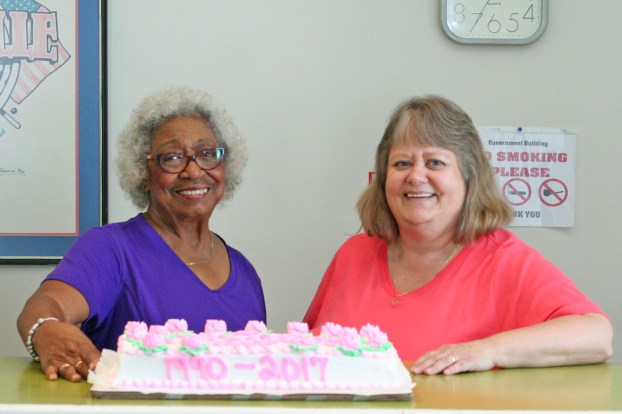 Kendra Peek/kendra.peek@amnews Perryville Mayor Anne Sleet, left, was one of those who celebrated the retirement of city clerk Mona Followell, right, at a party on Wednesday afternoon. Followell's last official day is Thursday, Aug. 31. 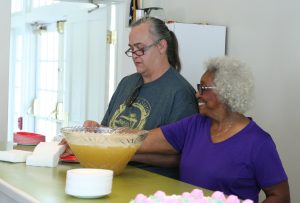 It was 27 years ago when Mona Followell was hired by then-Perryville Mayor Phelps “Peck” Evans to be the city clerk.

“It was the best job he ever did for the city of Perryville,” said Sue Evans of her late husband’s decision. “He said when he interviewed her, the search was over. He knew she was the one.”

Now, 27 years later, Followell is retiring, and in her honor the city held a small party on Wednesday, complete with cake and punch, to recognize the woman that current Mayor Anne Sleet calls a “walking encyclopedia.” 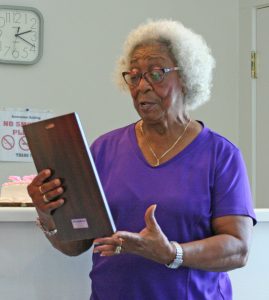 Kendra Peek/kendra.peek@amnews
Mayor Anne Sleet reads from a plaque recognizing Followell for her years of service to the city of Perryville.

“She’s been an awesome clerk,” Sleet said. “Mona has been my mentor and she’s taught me a lot of stuff over the years. When I first took over … I did not know the role of mayor and she taught me some things … She laid the groundwork for me. I really appreciate that.”

Sleet said she also appreciated Followell’s faith in God, something the two share and which has led them through difficult times in the city.

Followell expressed gratitude for everyone who was there. 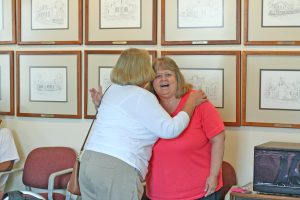 Kendra Peek/kendra.peek@amnews
Mona Followell, left, gets a hug from Sue Evans, right. Followell was hired in 1990 by the late Phelps “Peck” Evans, husband of Sue Evans, as the city clerk.

With laughter in the room, she added, “And you know who won’t hold a special place in my heart.”

She has been volunteering locally, Followell said, and is looking at a few potential part-time jobs in the future, maybe after the new year. For now, she plans to just rest for a while.

“I have a cookbook collection. I’m hoping to have time to try those recipes,” she said.

“Mark my words — there’s going to come a time where she’s going to go, ‘You know, I miss doing that,’” he said. 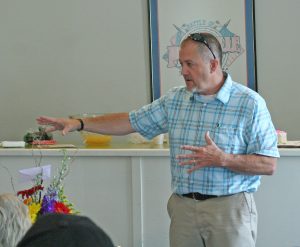 Kendra Peek/kendra.peek@amnews
Mona Followell’s brother, Bro. Dean Carpenter, was one of those who spoke at her retirement party.

Carpenter said Followell told him she “wasn’t sure what to do” with her retirement.

“I told her, ‘Here’s what you do: You sit in a recliner with one leg over the arm, and turn the TV on,’” he said, causing the room to erupt in laughter, before he added, “That’s not what she’s going to do.”

To see photos of the event.

Kendra Peek/kendra.peek@amnews.comBrent Tippey, vice president of HDR Engineering, the design engineers on the project, takes a group on a tour... read more