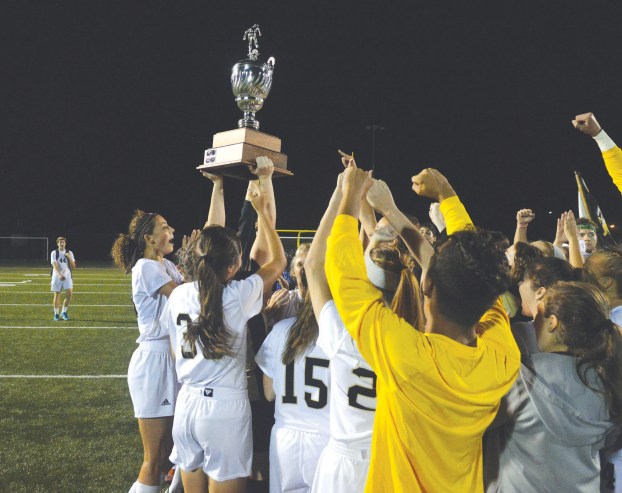 The Boyle County girls haven’t given up a goal to Danville since 2009, and they didn’t come close to allowing one Thursday night.

Boyle blanked Danville for the 10th consecutive meeting between the crosstown rivals, winning 2-0 in the Constitution Cup at Rebel Stadium.

Danville got only one shot on goal and four shots in all as Boyle posted its 10th consecutive victory in the Constitution Cup series and its 16th consecutive win over its crosstown rival.

It took the Lady Rebels some time to score — almost 55 minutes — but they finally got their offense going while at the same time keeping the Lady Admirals away from their goal.

“Our kids came out focused, and I think we were just trying to play too fast (in the first half),” Boyle coach Brian Deem said. “We needed to be a little bit more patient and try to exploit some matchups where our speed was going to be more dominant, and we were able to do that in the second half.”

Shelby Pass and Chelsea Elmore scored in the second half for Boyle (5-2), which had only seven shots of its own.

Pass hasn’t had many scoring chances in her career — the sophomore made her first varsity appearance in the Lady Rebels’ previous game — but the goal must have looked pretty big on the first one that came her way in this game.

“Yeah, honestly,” Pass said. “I don’t know who had the ball, but they shot and the ball came out (off Danville goalkeeper Grace Gaffney), and I was right there open.”

Pass broke a scoreless tie with 25:05 remaining, and Chelsea Elmore scored from the left side with 14:20 to play to make it 2-0.

That followed a first half in which Boyle had just one shot on goal.

“We kept our focus,” Elmore said.

Danville (7-2) got three shots in the first 10 minutes of the second half but none thereafter.

“I thought we played well. I liked the way the girls fought,” Danville coach J.D. Smith said. “We didn’t create as many opportunities as I would have liked, but … the girls are in a great head space right now, and they’re really working hard. I think this is only going to motivate them to continue pushing and continue working.”