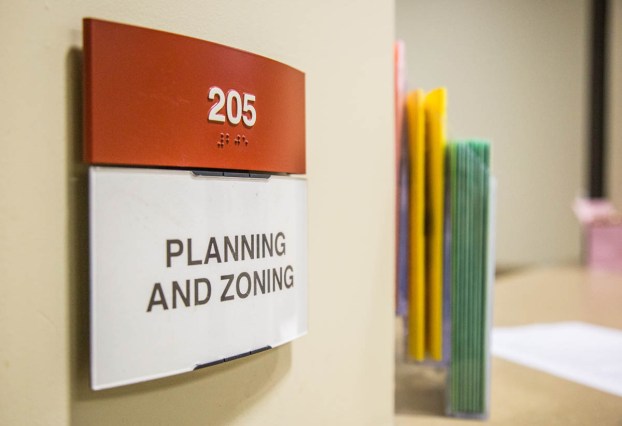 Ben Kleppinger The Danville-Boyle County Planning and Zoning office will now be open 8:30 a.m.-5 p.m. Monday-Friday, except for holidays.

Danville-Boyle County Planning and Zoning will open this Friday for the first time since the office scaled back to four days a week following the Great Recession.

Hunter said he has worked out a schedule for himself and the two other positions in P&Z that will keep the window up in Danville City Hall from 8:30 a.m. to 5 p.m. Monday through Friday. He also plans on making sure P&Z’s holiday schedule is synced with the city, so whenever the city hall building is open, P&Z will be open, as well.

Whether to open the P&Z office on Fridays has been a hotly debated issue for more than a year. City and county officials have criticized P&Z for being open only four days a week, with Danville Mayor Mike Perros saying the setup sent the message that Danville-Boyle County was “not open for business.”

P&Z officials previously argued that the fifth day was unnecessary because the number of building permits is still below the levels seen prior to the recession. But after repeated criticisms from elected officials, P&Z suggested it could open on Fridays if Danville and the Boyle County Fiscal Court would shell out an additional $25,000.

Danville initially budgeted $12,500 of that cost if Boyle County would match the contribution. The fiscal court declined, and nearly voted to lower the $65,000 it currently contributes.

P&Z then worked out a budget that would allow for Hunter, who was hired as director and started work on Aug. 1, to work five days a week — without any additional contributions from the city or county.

“We’re not increasing any man hours — we’re all still 32 hours a week,” Hunter said. “… That obviously is just good business. It costs us no more money; it’s just changing schedules.”

Perros said Friday he’s “satisfied” that P&Z has “seen the wisdom of being open five days a week.”

“We’re trying to grow our economy in Danville and Boyle County and they play a key role in that,” Perros said. “And to be open only four days a week never made sense to me beyond 2010. I appreciate Steve Hunter as a new face with a fresh perspective making others aware of their role in growing our local economy.”

The P&Z Commission next meets 9 a.m. Wednesday for a regular meeting. The commission will hold numerous public hearings, including on proposed design guidelines for the downtown historic district; a dialysis clinic on Woodlawn Way; a gymnasium for Danville Christian Academy; and a proposed rebuilding of the McDonald’s on Jane Trail.