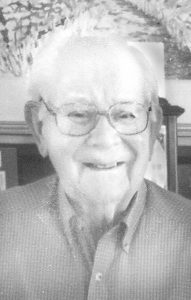 Bill was a devoted husband, father, and Papa to his loved ones. Bill served for five years active duty in the U.S. Air Force as a Staff Sargent in the 3rd Air Postal Squadron, based in the United Kingdom, receiving the National Defense Service and Good Conduct Medals. He worked at Holder Motor Company in Calhoun for 30 years and for Green Coal Company for 11 years, before moving to Danville with his wife, Rita, to be closer to their grandson. While living in Danville, he worked for 9 years for the Kentucky Department of Parks at Constitution Square Park State Historic Site.

Bill served on the Calhoun City Council for 8 years, the Calhoun Christian Church Board for 10 years, as Secretary for the Sunday School for 13 years and as Sunday School Superintendent for 3 years. He was a charter member of the Calhoun Jaycees and a member of the Honorable Order of Kentucky Colonels. He was a passionate fan of the St. Louis Cardinals baseball team for over 70 years, as well as a lifelong University of Kentucky Fan. He also enjoyed coaching Little League baseball and Junior Pro basketball teams and more recently was an avid fan of his grandchildren’s athletic activities. In addition to his parents, Bill was preceded in death by his beloved wife of more than 61 years, Rita York, who died January 24, 2016.

Funeral services will be held at 10:00 A.M. (CDT) Monday at Muster Funeral Homes, Calhoun Chapel with the Rev. Mike Crowe officiating. Burial will be in the Calhoun Cemetery with Military Honors conducted by the McLean County Veterans of Foreign Wars Memorial Post #5415.

Share your memories and photos of Bill at musterfuneralhomes.com.