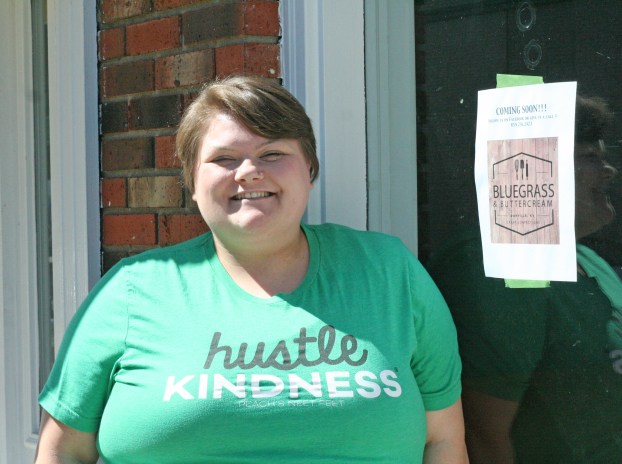 Kendra Peek/kendra.peek@amnews.com Shana Followell, the owner of Bluegrass and Buttercream, outside her Third Street shop, slated to open Sept. 26.

With a fresh coat of paint and some new furnishings, the home of a former Danville pie shop will soon be host to more fresh-baked goodies — Bluegrass and Buttercream will be opening later in the month at 115 N. Third Street, formerly Pies for You and Cookies Too.

“I’m equal parts excited and equal parts terrified,” said owner Shana Followell, 27, with a smile, as she brushes blue paint on the wall. “It’s a huge leap of faith.”

She already knows how the shop will look, with “comfy seating,” wifi and tables. It’ll have a bit of a coffee shop feel.

“We want it to be a warm, inviting environment,” she said.

Followell said they will have six daily gourmet cupcake flavors, macaroons (in apothecary jars, she said, excitedly) and a signature cookie, which is currently unnamed. 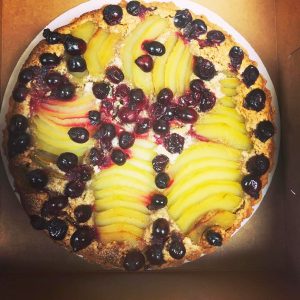 There will also be a tart or specialty cake available by the slice. For breakfast: quiches, cinnamon rolls and a breakfast pastry.

Bluegrass and Buttercream will officially open Sept. 26,  from 9 a.m. to 5 p.m. Tuesday through Saturday. A soft opening will be sometime before, for family and close friends who have helped them along the way, she said.

Mondays will be reserved for baking, Followell said, and Sundays for family and church.“We are always closed on Sundays — that’s not how we get down. We don’t work on Sundays, we make that a rest day, a family day,” she said. Followell said she and her husband Travis are heavily involved in their church.

Travis, she said, is her partner in everything, “but he doesn’t bake.” He has been her taste tester for several years and, “he’s eaten a lot of sugar cookies to get my recipe.”

“They can be any shape, color and design. And one cookie cutter can turn into 10 different designs, just in how you ice them,” Followell said. “They are technically more difficult and take a lot of time. That’s why they’re more expensive. I really like sitting down and doing that, because they’re more creative.”

In general, however, cupcakes are her favorite. 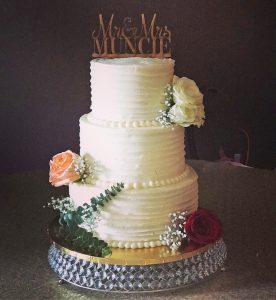 “Everyone loves cupcakes … And they’re a good vessel to try out new flavors. They don’t take a ton of product and can be done in small batches.”

The bakery will feature a “Pay it Forward” board, where people can pay $5 to anonymously place someone’s name on the board.

“You can come in each day, see if your name’s on the board, if someone’s loved on you anonymously,” she said. “ It’s like a gift card.”

People can also just put money up for “anyone.”

“If you’re going to be downtown, you need to fully be in downtown. Small downtown businesses should bring the community together,” Followell said. “That’s what a concept like that does, gives you the ability to love on a perfect stranger.”

Followell jokes she has some big dreams for a little, bitty shop. “I’ve been working on this in my head for many years,” she said, admitting that they “did not expect to be here this quickly. The Lord is faithful and he puts us where we need to be, when we need to be there. Here we are.”

Followell said she hopes Bluegrass and Buttercream will have a positive impact on the downtown community.

“We know who we are, what our family mission is, what we want to leave for our girls and what kind of footprint we want to leave on downtown,” she said. “We want to be a vibrant, young business and a welcoming environment for people.”

Followell has spent much of her life in the kitchen, whether it was with her grandma and aunt or watching as her mom made wedding cakes.

“In college, I thought that I was this awesome baker, but I really wasn’t,” she said. “Then, when I became a mom, I thought yes, I’m going to do all of these super cute things for her school. I was so proud of them.”

Laughing, Followell said she looks back at those earlier tries and can’t believe she thought they looked good. A native of Richmond, she moved to the Danville area with her husband after they married around seven years ago.

Followell said she started baking on her own, experimenting with what she found on YouTube and a lot of cake blogs.

“I taught myself how to do a lot of this stuff. There’s plenty of resources out there,” she said. Followell was making cakes and cupcakes for family and friends. She said, “nothing terribly serious, but busy enough I needed to put a name to it.”

“We have had a huge buzz on social media,” she said. “We have folks contacting us nearly every day.”

The Boyle County Detention Center has “a host of deficiencies, deferred maintenance issues and is severely overpopulated,” according to a... read more