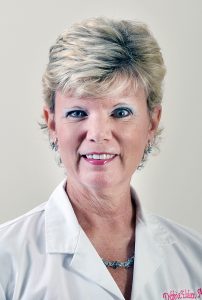 Edelen obtained her bachelor’s degree in nursing at Eastern Kentucky University in 1985 and went on to earn her master’s degree in nursing in 2000.  She is board-certified in family practice and pediatrics. She has provided care to patients in primary care, walk-in acute care and pediatrics for 17 years. She will be seeing patients of all ages for their primary care and acute care needs.

Debbie and her husband, John, live on a small farm in Boyle County. In her free time, she enjoys traveling, baking and spending time with family.

North Garrard Family Medical Center, located at 510 North Camp Dick Road in Lancaster, is open Monday through Friday from 8 a.m. to 5 p.m. To schedule an appointment or for more information, call (859) 548-8000.

Taylor Smith of Waynesburg was selected as Employee of the Month for August at Northpoint Training Center. Smith began his employment at NTC in August 2016 as a correctional officer. Smith was selected based on his outstanding job performance. He received a letter of commendation and was assigned a reserved parking space for the month.

The following people were recently promoted at Northpoint Training Center:

• Michelle Fox of Danville was promoted to classification and treatment officer. Fox began her employment NTC as an office support assistant II in November 2016.

• Michael Heath of Harrodsburg was promoted to corrections recreation leader. Heath began his employment there as a correctional officer in February 2014.

• Beth Littlejohn of Middleburg was promoted to social service clinician. Littlejohn began her employment there as a classification and treatment officer in March 2011.

Free expungement information session There will be a free information event for people who want to know if they are... read more