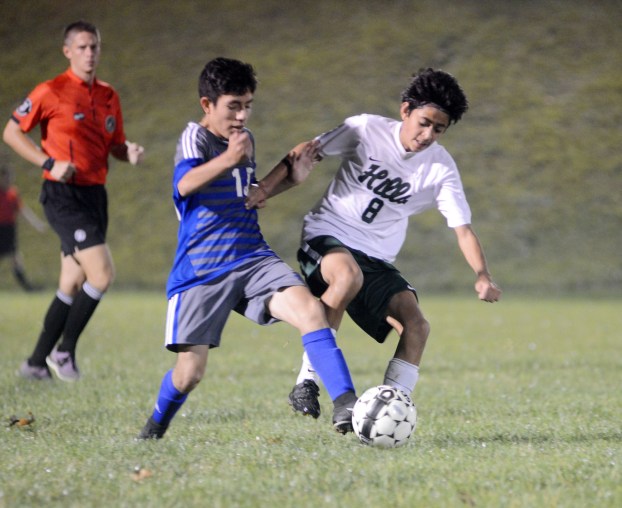 Danville boys showed why they’re one of the most prolific offenses in the 12th Region on Thursday in Frankfort.

The Admirals toppled Western Hills 10-1 behind a hat trick from Nathan Hazlett.

Alec McAllister was the first on the score sheet, less than four minutes into the game. He was assisted by Hazlett.

Western Hills would score 90 seconds later, and there wouldn’t be another goal for 10 minutes. Saif Siddiqui scored on a Jesus Ayala assist.

Hazlett scored his first goal with eight minutes remaining in the first half.

McAllister scored his second, assisted by Siddiqui, with two minutes left in the first half. The Ads led 4-1 at halftime.

Siddiqui was assisted by Briar Sanders just 74 seconds into the second half. Siddiqui picked up his second assist of the match on a Gabe Cisneros goal 10 minutes later.

Hayden Block and Spencer Updike each found the score sheet in the middle of the second half to finish the scoring.

The Ads return to action Tuesday at home against Sayre.

Six football teams remain undefeated through four games in Class 2A. Four of those teams have given up fewer than... read more