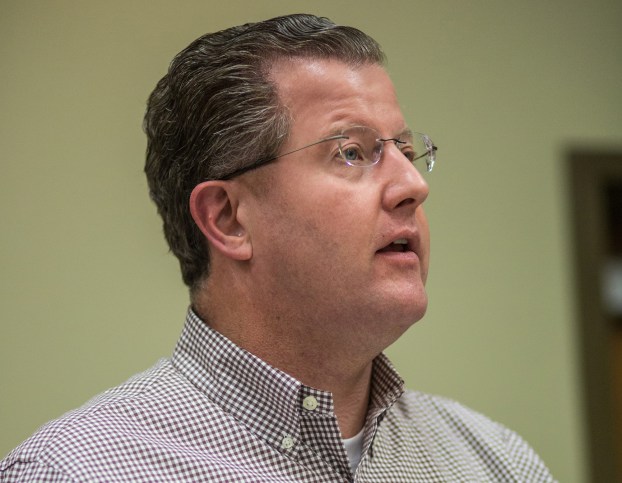 A new business and an expanding business in Boyle County have both been approved for local tax incentives as part of their plans to locate and expand here. And a third business with plans to expand is expected to receive the same incentive.

Adkev Inc., which plans to open a plastic injection molding operation in the former Caterpillar facility, can receive reimbursements for up to about $97,000 in payroll taxes over the course of 15 years, said Jody Lassiter, CEO of the Danville-Boyle County Economic Development Partnership.

Wilderness Trail Distillery, which recently announced plans to expand its Lebanon Road facilities and sextuple its output of bourbon, can receive up to about $16,000 over the course of 10 years, Lassiter said.

When they meet the conditions of new employment, both companies will receive partial reimbursement for payroll taxes taken from employees’ paychecks, Lassiter explained. The total credit is for 1 percent of the 2.65 percent in payroll taxes collected between the city and the county.

Danville’s payroll tax goes up to 1.9 percent of paychecks this fall; Boyle County’s is set at .75 percent. The city and county will provide portions of the 1-percent credit based on the same ratio of their payroll tax rates — Danville will provide .72 percent and Boyle will provide .28 percent, Lassiter said.

That means on the new jobs created by both companies, Danville will net a 1.18 percent payroll tax and Boyle County will net .47 percent.

Lassiter said economic incentives like these are common because the value of the jobs brought to the community are far greater than the reduction to payroll tax revenues.

Danville City Commission approved its portion of the credits Monday; Boyle County Fiscal Court approved its portion Tuesday. Lassiter said he will be coming back to both governments for approval on a third credit of the same kind — this one for an announced expansion of the Denyo plant in Danville’s light industrial park.

“We’ve more than made up for the losses at Panasonic and Caterpillar,” Lassiter told city commissioners Monday, referencing the closures of two large employers in recent years.

Lassiter said Adkev will officially acquire Caterpillar’s now-vacant facility in December, and will then begin renovations, with plans to be operational by January 2019.

Construction has already begun on buildings that are a part of Wilderness Trail’s expansion, he told magistrates Tuesday. The expansion includes a new “rickhouse” that can hold 20,000 barrels at a time and additional vats allowing them to produce six times as much product.

“It boggles my mind the bourbon boom we’re in,” he said. “And they are taking full advantage of it.”

The 1-percent incentives at the local level are in addition to 5-percent state-level incentives that all three companies qualified for, Lassiter said.

According to Jody Lassiter, CEO of the Danville-Boyle County Economic Development Partnership, when companies are given payroll tax incentives, payroll taxes are still taken out of employees’ paychecks at the normal rate. The business then receives a reimbursement from the government for a portion of those taxes.

The Kentucky Supreme Court will hear arguments in a Boyle County case next week, concerning a Danville police officer who... read more