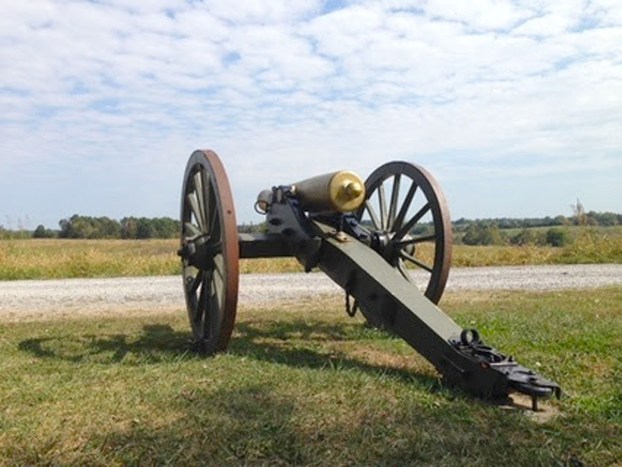 PERRYVILLE — The commemoration of the 155th anniversary of the Battle of Perryville will be Oct. 7-8 at Perryville Battlefield State Historic Site.

The 1862 battle was the largest Civil War conflict in Kentucky, leaving more than 7,000 casualties.

The park in Boyle County will host two battle re-enactments at 2 p.m. both days, battlefield tours, military camps, lectures and an interactive program where visitors can relive the past as a Civil War soldier. A walking tour called “Ghost of the Battle” is also scheduled for Saturday evening at 6:30 p.m. (additional fee)

Guests can also visit the park’s museum and there will be vendors and food wagons.

The general admission price is $10 per adult. Tickets for veterans are $8 and the fee for children is $7. The Ghost of the Battle tour is $15 per person. Gates open at 9 a.m. both days.

For more information, including the entire schedule for the weekend, visit www.perryvillebattlefield.org or call the park at 859-332-8631.

As the sun glowed through a blanket of fog in downtown Danville Friday morning and people hurried to work and... read more