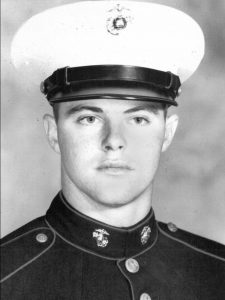 Clyde was a 1968 graduate of Danville High School, and helped lead the 1968 DHS Boys Basketball team to the state tournament. He served in the Marines in 1969 to 1971. He was employed as an auto mechanic with Nicholas Service Center in Danville. Clyde attended Calvary Baptist Church, and was an attendee of the Open Door Sunday School Class. He was very athletic, enjoying bowling, fishing and golfing. Clyde was a member of VFW and the American Legion. He loved Harley Davidson motorcycles. Clyde loved his family, especially his two grandbabies. In addition to his parents, he is predeceased by two brothers, Billy Rogers, and Paul Richard ‘Tommy’ Rogers.