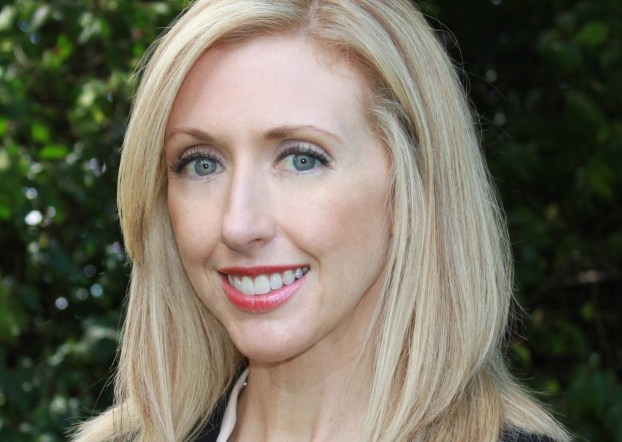 (Photo ontributed) Robin Cooper has been announced as the new executive director of the Great American Brass Band Festival.

After coming off of one of its best years yet, the Great American Brass Band Festival has named its new executive director. Robin Cooper will take over the helm beginning next week.

Cooper is originally of Casey County but has lived in Danville for the last 15 years.

“We’ve gone to the festival every year. Last year was the first one we’ve missed due to an extended family vacation,” said Cooper, who lives here with her husband Keith and two children. “I started going back about 20 years ago.” Cooper graduated from Centre College in 2002.

“We were very impressed with her broad professional experience,” said Michael Strysick, who served as chair for the search committee. 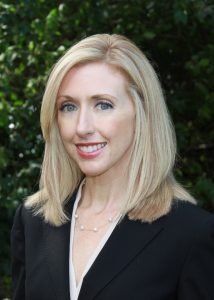 Her background includes work as a congressional intern, volunteer service at both the 2000 and 2012 vice presidential debates hosted by Centre and various roles at Indian Hills Christian Church. She was a compliance auditor at Farmers National Bank, then Whitaker Bank. Then, she returned to Farmers as an assistant vice president, and most recently served as director for the Compliance Resource consultancy.

“I also have an art and dance background,” Cooper said. She was a dancer and taught ballet, tap and jazz. “I play the piano a little — but I definitely have an art appreciation beyond my expertise.”

Strysick said due to the work of former director Niki Kinkade, with support from Leigh Jefferson, GABBF is in a very strong position and the future looks bright.

“Those of us on the search committee have every confidence that Robin will help GABBF continue to move from strength to strength,” Strysick said. “I also believe that the hundreds of volunteers who help make this festival such a success, along with our generous sponsors, will find in Robin a talented and inspiring leader.”

Kinkade, now executive director of the Community Arts Center, had this to offer when asked what advice she’d give Cooper: “Just understanding how very much this festival is deeply rooted within this community, would be my first comment. To approach it with that understanding, and to know that it is part of the community now.”

Kinkade also said she is excited for the future of the festival.

“Honestly, I’m feeling very happy about Robin taking this over, and I feel very confident that she will just take it and possibly even go further with it.”

Aside from Strysick, now past president of GABBF, the search committee consisted of Denise Van Steenlandt, Carla Carr, Bruce Richardson, Tony Gray and Tom Tye, along with the acting executive director, Kay Berggren.

“Robin will, quite simply, walk right into the hearts of everyone who already loves this festival,” Berggren said. “Her quiet confidence and strong leadership will build upon the firm foundation established by Kinkade, George Foreman and others before her.”

Tye, who’s been involved in logistics for the festival, the parade, the steering committee and the board of directors, said his first word of encouragement to Cooper would be to get to know the volunteers.

“I would meet them and just really get to know them — they’re what drives this festival. And the sponsors, because unless you raise the money to do it, you won’t have anything without the sponsors. So definitely the volunteers and sponsors.”

Berggren was on the original board of directors formed in the early ’90s and also ran the festival for two years.

“Robin is walking into a volunteer network that is unlike anything she will find anywhere else. People who volunteer here love it dearly, and they will do everything they can to help her do just a terrific job,” Berggren said. “This community is just amazing, and she’s just walking right into a treasure.”

Richardson, the new president of the board of directors, has known Cooper since she was a student at Centre, and said he’s “confident that she possesses the talents needed to work with the myriad volunteers, businesses, and attendees who have made our international event successful for over 25 years.”

Cooper said her 10-year-old is excited about her new position, although her youngest — who’s 5 — doesn’t quite grasp it yet. “The oldest has been involved in the red wagon contest many times, both have done the balloon race. But I think this will be great for them to get some behind-the-scenes perspective. And hopefully when they get older, they’ll get involved and be volunteers, as well,” Cooper said. “It’s just such a wonderful family event, and there really are so many facets to the job. The board and Kay (Berggren) have been great in helping me understand what it entails. I’m ready to get out into the community … to continue to build those relationships with our numerous volunteers, and make contacts with the sponsors.”

Cooper said it’s not lost on her what a huge job she’s walking into.

“I realize it’s huge event for Danville. It showcases our community for the world, not to mention other states. Without the help from countless stellar volunteers, we wouldn’t be able to do that.”

Kinkade, who was director for eight years, said she feels the festival is at such a wonderful place in its history now, it feels like the perfect time to look at it really closely. “To bring some new energy there, and continue that growth.”

“I look forward to continuing the traditions of our festival for our community,” Cooper said. “And preserving the art of brass band music for future generations.”

Information from a Great American Brass Band Festival release was used for this story.