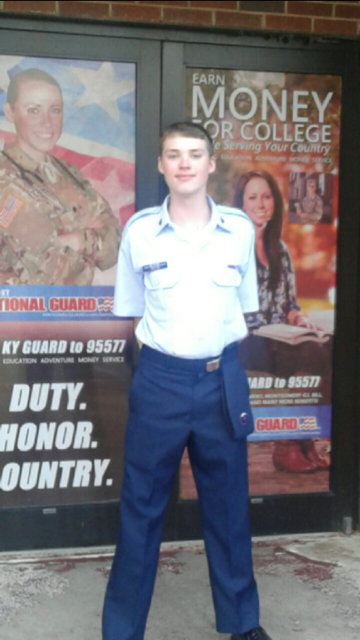 From Our Schools: Students participate in Civil Air Patrol

By CARTER R. PEYTON and THOMAS M. CRUMP
Danville High School
September is the time of year when high schools are hosting “Club Rushes” in order to help students become more involved in their schools and in their communities.  But some students don’t need to wait until school starts to serve their communities and country; some are already members of a very select group — CAP, the Civil Air Patrol.  One such person is C. Airman 1st Class Carter Peyton, a sophomore at Danville High School.
According to Peyton, CAP is not just your run-of-the-mill club; it is an auxiliary of the United States Air Force, though CAP is older, having been formed on December 1, 1941.  In fact, the Civil Air Patrol was founded during World War II by 150,000 concerned citizens who were fearful about the safety of the American coastline.  Turns out they had a right to be worried; just one week later on December 7, the Japanese bombed Pearl Harbor.
During World War II, the Civil Air Patrol was tasked with protecting the coastline, and because of that, CAP pilots flew more than one and one-half million hours.  They were credited with singing two German U-Boats and rescuing hundreds of survivors from downed plans and battleships.
Since they became the auxiliary of the United States Air Force in 1948, they have been charged with three primary missions: Aerospace Education, Cadet Programs, and Emergency Services such as search and rescue, missing persons, etc.  But before anyone can become a member of the CAP, they must go through moderate training consisting of exercises, daily routines, and occasional trips for training. The entire training process is similar to military-grade procedures such as push-ups and jumping jacks.
What you may not realize is that 45 percent 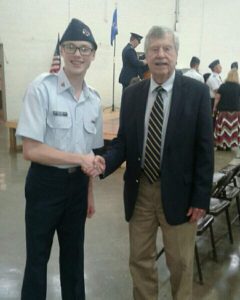 of America’s emergency services are conducted by Civil Air Patrol members. Today, CAP not only searches for downed planes, but also assists in towns and communities.

From Our Schools: A review — ‘Emoji Movie’ is worse than ‘meh’

By JONATHAN AMREIN Danville High School The Emoji Movie could be the single most hated movie of all time. This... read more