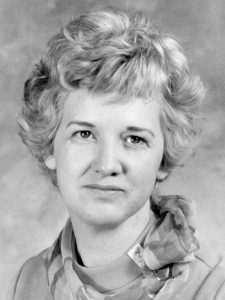 Ruby Reed Norris, 87, of Savannah, GA (formerly of McKinney, KY) passed away after a long illness on Monday, September 18, 2017. Born October 11, 1929 to the late Atlas and Grace Manning Reed, she was a homemaker and worked as a teacher’s aide for Kentucky School for the Deaf for several years.

She was one of three beautiful sisters, was a great cook, loved nature, and being outdoors.

A one day service has been scheduled for Friday, September 22, 2017 at Spurlin Funeral Home Chapel, Stanford. Visitation will be from 10 am-1 pm with funeral service beginning at 1 pm. Burial will follow at Buffalo Springs Cemetery in Stanford. Memorials in lieu of flowers may be given to the Alzheimer’s Association (www.alz.org).