The history of Danville’s Bellevue Cemetery 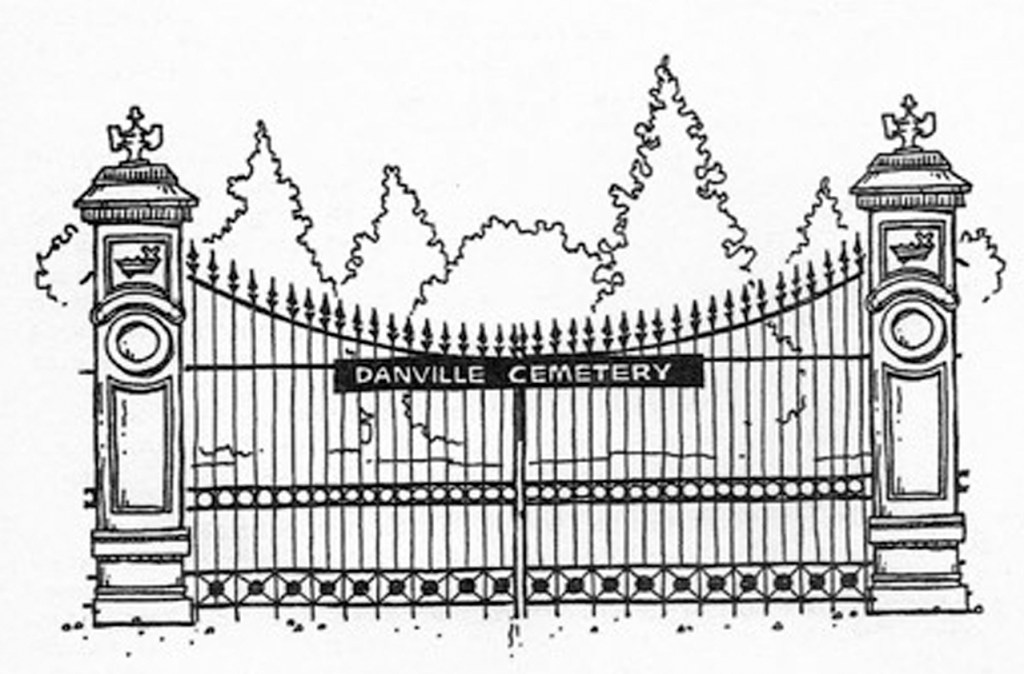 A sketch of shows Danville Cemetery remains on the iron gate at the North First Street entrance to Bellevue Cemetery.

The Danville cemetery had its first burial on June 14, 1847, and nearly every person in the community was there to witness the burial, according to articles in The Advocate-Messenger archives.

Samuel D. Dismukes was the first to be buried there, but there is no marker to show where he was buried. He was 35 years old and a member of the Odd Fellows Lodge. Members of the Lodge turned out in full force, according to The Advocate.

When the cemetery was established, it was under the name Danville Cemetery, then changed to its current name “Bellevue” on August 4, 1897 by the city council.

The iron gate at the entrance off North First Street continues to have Danville Cemetery on the front.

Local resident S.D. VanPelt, who was not happy about the name change, wrote an newspaper article about the cemetery but apparently never learned why the change was needed.

“When you mention Danville Cemetery everybody will know instantly what is meant and where located,” he wrote. He mentioned the town of Bellevue on the Ohio River and indicated people would think the name change referred to the northern Kentucky town.

“How will strangers know but what Bellevue is located there. If you are ashamed of the name Danville, why not change your place of residence, for Danville, is a very old town and was the first Capitol of Kentucky.”

The Danville burial ground is one of the oldest cemeteries in Kentucky. It is on the Wilderness Road pioneers traveled as they moved west.

The cemetery also contains a small section for a National Cemetery for Confederate and Union soldiers who died in this area during the Civil War.

The land for the cemetery was formerly owned by Philip Yeiser, and purchased by Robert Montgomery and William Speed.

In 1931, the city of Danville took over the operation of the cemetery. A superintendent was hired to replace a caretaker and a five-member cemetery committee was named. A landscape gardner was hired and driveways were enlarged.

Since then thousands of people have found a last resting place in the cemetery. 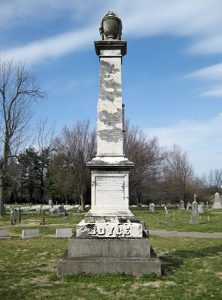 A tall monument marks the graves of the Boyle family in Bellevue Cemetery.

Every patriotic lady in Danville and Boyle County was requested to furnish as many small bouquets as possible for the decorations of the graves in the Federal and Confederate dead in the cemetery May 31, 1897, for the Memorial Day service. Flowers and bouquets were to be taken to the cemetery.

Children in all schools in Danville, Kentucky School for the Deaf, Shelby City and Junction City also were expected to take part in the ceremonies. 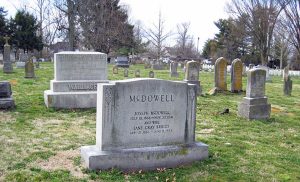 Tombstones mark graves of the McDowell family buried in Bellevue Cemetery. A portion of the military cemetery is at far right.